In 1960, Louis Leaky sent a secretary with no college education into the Africa bush to study chimpanzees. Despite the objections of "experts" Leaky persevered. Leaky felt that someone with little formal training would be more likely to describe what they were seeing rather than what they thought they should be seeing.

I think everyone will agree that hiring Jane Goodall for the job was a brilliant move.

Keep Jane Goodall in mind while you watch this video, The Trouble With Experts, then continue reading.

Pit bull advocates make a lot of noise about their "experts" and tout the perceived consensus among "experts" as proof that "pit bulls" are not the problem, owners are. Here are four of the more impressively credentialed "experts". 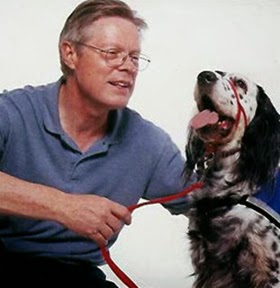 
The ASPCA cited BORCHELT in their anti-BSL position statement and BORCHELT was called upon to provide his "expert" opinion in favor of pit bulls when a NYC council member sought to ban them:

A Brooklyn-based animal behaviorist who opposes a citywide pit bull ban, Peter Borchelt, said strong dogs such as pit bulls, Rottweilers and German shepherds are generally safe, if they are "raised like pets." You get into trouble when the dog is not trained to be nonaggressive," Mr. Borchelt, who has a doctorate in animal behavior, said. "They can become dangerous when they're thrown behind a fence and allowed to become overly protective. You just have to take a few extra steps to make sure the dog is friendly, affectionate, and well socialized."
PETER L. BORCHELT, PhD and "expert" for hire.

PETER BORCHELT is a member of an elite club known as Certified Applied Animal Behaviorists. According to the civil lawsuit article, he charges $300 an hour to fix your dog's problems. You can find his fee schedule here. BORCHELT'S gun for hire, er uh I mean "expert" witness page is conveniently malfunctioning. If I were asked to recommend a dog, say for a children's psychiatric ward, my first choice would be a pit bull. When children pull their tail, if they have one, or poke them, the dog's like... he doesn't care. With a good owner, you have the most fantastic breed of all.
IAN DUNBAR, DVM, PhD

Poor Ian. Yet another dupe of proof of assertion. Apparently he has yet to receive the memo regarding the official revocation of nanny dog status.

Hot shot Dunbar does not appear to offer services for problematic or dangerous behaviors. Smart move. 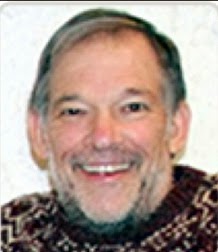 No other breed has been maligned or vilified as much as the pit bull terrier. One commonly finds negative publicity about this breed, despite the fact that many honorable Americans have kept pit bulls as pets, including Franklin Roosevelt and Thomas Edison.
RICHARD POLSKY, PhD and "expert" for hire.

Poor Richard. All of that money and all those years spent studying to acquire impressive degrees was no guarantee that he would be able to demonstrate critical thinking skills. He still fell prey to the common fallacy known as Proof of Assertion. It is a documented fact that President Roosevelt's "pit bull" was a dangerous menace. It is a documented fact that Edison did not own Nipper and there is no documented proof that Thomas Edison ever owned any pit bull.

The pit bulldog's long legacy of vilification is well earned and well documented.

POLSKY'S fee schedule is available on demand. I suspect it is one of those cases where if you have to ask, you probably can't afford it. 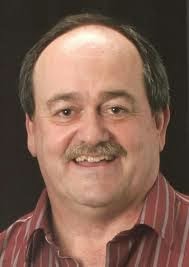 DR JAMES HA, animal behaviorist at the University of Washington in Seattle and "expert" for hire.
The reason we're focusing just on pit bulls is that we hear so much about them, and that is not because of the breed difference, the genetic difference - that's because of the way they've been raised.

That quote is from a 2010 KOMO news interview. Compare that to HA'S blog post in 2008, where HA cited research that stated red and golden cocker spaniels were more likely to display aggressive behavior than black cocker spaniels and that yellow labs were "significantly more likely to be reported with aggression problems" than the black or chocolate variants, yet JAMES HA promotes the crazy notion that dogs artificially selected for violence only require a loving gentle family.

Also in the 2010 KOMO interview, DR HA stated that mastiffs, chows, shepherds, rottweillers and dobermans are "all more genetically aggressive than" dogs that had been artificially selected for combat for 200 years. HA goes on to add that genetics is roughly 20-30% responsible for temperament. YET, at the roughly 4:00 minute mark of his presentation on "Behavioral Genetics" DR HA stated that in studies of selected dog breeds, none were gripping breeds btw, for defence behaviors ie, guarding, attacking, biting there is a 14 - 20% heritability rate "which in genetics world is important". He immediately followed up with "there are different genetic predispositions in different breeds." Towards the end of this 2011 youtube video, HA states that 30-50% of behavior is genetics. My head was spinning just trying to keep up with all his facts.

DR JAMES HA is a member of an elite club known as Certified Applied Animal Behaviorists.
HA offers a variety of services ranging from $75 - 250 plus travel fees.


One unspoken assumption among early behavior geneticists, an assumption that was shared by most for many years, was that some psychological traits were likely to be significantly influenced by genetic factors, whereas others were likely to be primarily influenced by shared environmental influences. Most behavior geneticists assumed that social attitudes, for example, were influenced entirely by shared environmental influences, and so social attitudes remained largely unstudied until relatively recently. The evidence now shows how wrong these assumptions were. Nearly every reliably measured psychological phenotype (normal and abnormal) is significantly influenced by genetic factors. Heritabilities also differ far less from trait to trait than anyone initially imagined. Shared environmental influences are often, but not always, of less importance than genetic factors, and often decrease to near zero after adolescence. Genetic influence on psychological traits is ubiquitous, and psychological researchers must incorporate this fact into their research programs else their theories will be ‘‘scientifically unimpressive and technologically worthless,’’ to quote Meehl again.
Genetic Influence on Human Psychological Traits

PETER BORCHELT, IAN DUNBAR, RICHARD POLSKY and JAMES HA believe that purpose bred dogs, artificially selected for violent combat for 200 years are not genetically predisposed to violence. BORCHELT, DUNBAR, POLSKY and HA believe it is equally wrong to think that nature plays second fiddle to nurture in dogs. Unfortunately, they have been able to convince others of their distorted beliefs too.


Myth 99: Scientists know what they are talking about because they study animals in an objective way, Alexandra Semyonova

Alexandra Semyonova's book, The 100 Silliest Things People Say About Dogs is available in the right side bar of this blog.

The Trouble with Experts