What Famous Athletes can teach us about Pit Bulls… 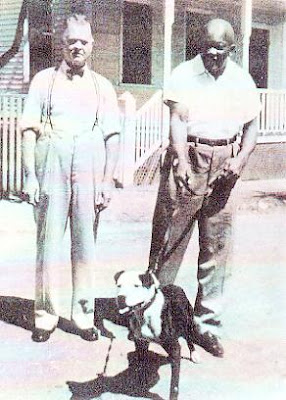 1. Darnell Sanders, NFL Tight End
Chicago Bears Tight End Darnell Sanders illegal Pit Bull and American “Pit” Bulldog were involved in a 3 dog attack which killed 82 year old Ernie Assad during a dog sitting operation back in 2005. Sanders initiated legal action and managed to get the dogs back. He ended up being sued by the Assad family for $1 million. So much for “man biters being culled”…


2. Latrell Sprewell, NBA
NBA Bad Boy Latrell Sprewell’s Pit Bull horribly “Bull Baited” his 4 year old daughter back in October 1994. She had one ear ripped off and was scalped causing her to endure years of plastic surgery. At least he had money for plastic surgery, most victim’s families end holding bake sales and car washes.


3. Napolean “Larry Lajoie, Major League baseball Hall of Famer
Baseball Hall of Famer Napolean “Larry” Lajoie won three batting titles and retired with an astounding lifetime .339 batting average. However, most are unaware of his hobby as Pit Bull owner and dog trainer. While playing in Cleveland, Lajoie instituted his “Bull Terrior “sic named Larry as the Team’s canine mascot. Larry amused the crowd with tricks until one day in 1913 when genetics kicked in and he mauled a boy at the stadium. Lajoies’s team mates rescued the boy. Larry the Terrior was subsequently banned from the stadium and the team was sued. “There’s no mauling in Baseball!”


4. James Harrison, NFL Linebacker
James Harrison, Linebacker SteelersWhen family Pit Patrone was let out of his Kennel, he bit Harrison’s girl friend, son and housekeeper multiple times during a frenzied attack…Star struck Pittsburgh Animal Control did not pursue dangerous animal designation for Patrone and the animal was trafficked out to a Pit Bull Rescue..Don’t worry about Pit bulls as manbiters were always culled!


5. Micheal Vick, NFL Quarterback
No need to beat a dead horse on this one, but the public isn’t aware that Vick also raised Beagles. They were used as blood transfusion “hosts’ and training bait for his celebrity fighting Pit Bulls. The Beagle community absorbed the survivors without much fanfare or publicity...Despite the “Clockwork Orange” like PR exploitation of the Vick dogs by Pit Bull advocates, 86 Americans have been killed by Pit Bulls since the Vick bust in 2007, zero by Beagles…just sayin’


6. Joey Porter, NFL Linebacker
When the loud mouthed Linebacker played for the Pittsburgh Steelers, two of Joey’s Pit Bulls jumped his fence and mauled a neighbor’s horse to death…but it was just a mini horse. Star Struck animal control official allowed Joey to traffic the animals back to California without dangerous Animal designation. Later, when playing for the Dolphins, he boasted how he trafficked the horse killing Pits back and forth from California and Miami by labeling them a different breed. In summer of 2011, while playing for the Phoenix Cardinals, Joey’s Pit Bulls escaped again and killed a neighbor’s dog .

Statistical Analysis: So far, Porter’s Pit Bulls have managed to kill things in 2 out of the 3 cities he has played in, but not Miami, a city with so-called “draconian” Pit Bull regulations. Again, just sayin’.


7. Jack Johnson, Professional Boxer
The first African American Heavy Weight Boxing Champion, Jack Johnson was known as the “Iowa Bulldog”, Johnson is occasionally cited as a “famous American who owned Pit Bulls” by the Pit Bull Peddlers. In February 1910, he was incarcerated in Detroit after his "Prize Bulldog" nearly severed the arm off a pedestrian on a sidewalk . He vowed that he will spend “all he is worth” to save the dog's life. Thank God man biters were always culled!


8. Antonio Pierce, Professional football
Giants Linebacker Antonio Pierce…Shortly after the Vick dog fighting Bust in 2007, Pierce ran to the media called out anybody who fights dogs as “A Punk”….Just seven months later in March 2008 he pleaded guilty to animal neglect in for the atrocious-doggie Auschwitz condition of his Pit Breeding operation. You would think he could have afforded dog food and vaccinations on his NFL salary. You can’t make this stuff up!


9. Steve Foley, NFL Linebacker
NFL Linebacker and backyard Pit Bull breeder Steve Foley…Foley retired early after being shot by police during a DUI chase and arrest. He is one of only three Texans to receive felony charges under Lillian’s law after his Pits brutally mauled his neighbor and killed her dog on a public sidewalk. Foley claimed the dogs were “Show dogs and pets, not fighting dogs…” yeah that’s the ticket!” Later, charges were dropped when he paid out an undisclosed settlement to the victim.


10. Serena Williams, Professional Tennis
In May 2006, Serena Williams Pit Bull “Bambi” escaped and chomped a security guard working on a neighbor’s property. Williams tried the ole Inspector Clouseau “That’s not my dog” routine. ..However, animal control records showed her owning Bambi and the "fun facts" section of Serena's official website quotes the tennis ace: "I have two dogs "Jackie" a Jack Russell Terrier and "Bambi" a pit bull." Such a proud Pit owner… 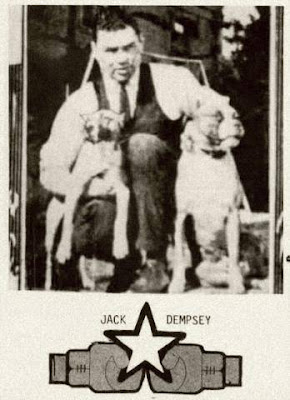 World heavy weight Boxing Champion Jack Dempsey is often cited as a famous Pit Bull owner and went by the nick name “The Manassasas Mauler”. In 1923, Dempsey was sued for $10,000 ($131,000 in 2011 dollars), after a girl was attacked by a dog at his training facility. Dempsey’s Pit Bull lawyers defeated the suit using the ole Inspector Clouseau “That’s not my dog” defense.

Additionally, Jack Dempsey’s sister in law ordered to pay $3000 for Bull Dog bite in 1933.…She claimed the injury was caused by the Pekinese, but bite measurements provided in court led the judge to exclaim “It was the Bulldog alright!” Pit Bulls make great family dog!