in january, two 6 year old boys were suspended from white marsh elementary school for playing cops and robbers during recess. their actual crime: using their FINGERS as guns.


Educators say parents can use this as a teaching point and talk about the importance of not shooting at one another.

this sounds an awful lot like martian speak. an imaginary finger gun is a pellet gun is a 357 is 12 gauge is an AK47.

in february, the senate unanimously approved SB 247 which will reverse the state law that declares pit bulls inherently dangerous AND holds the owners and landlords responsible for damages that pit bulls commit. if this bill makes it into law, maryland will be a one free bite, one free mauling, one free killing state.

once again, martian speak. a chihuahua is a beagle is a lab is a doberman is a rottweiler is a pit bull. 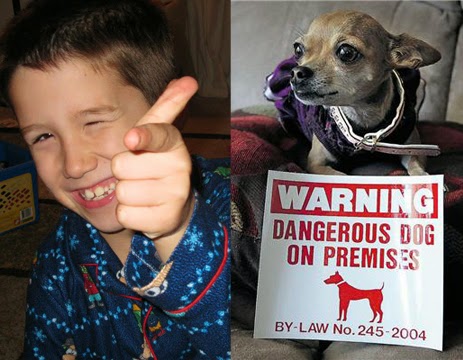 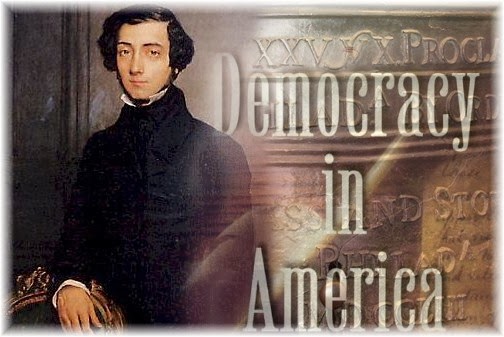 I know no country in which there is so little true independence of mind and freedom of discussion as in America.

In America the majority raises very formidable barriers to the liberty of opinion: within these barriers an author may write whatever he pleases, but he will repent it if he ever step beyond them. Not that he is exposed to the terrors of an auto-da-fe, but he is tormented by the slights and persecutions of daily obloquy. His political career is closed forever, since he has offended the only authority which is able to promote his success. Every sort of compensation, even that of celebrity, is refused to him. Before he published his opinions he imagined that he held them in common with many others; but no sooner has he declared them openly than he is loudly censured by his overbearing opponents, whilst those who think without having the courage to speak, like him, abandon him in silence. He yields at length, oppressed by the daily efforts he has been making, and he subsides into silence, as if he was tormented by remorse for having spoken the truth.

Works have been published in the proudest nations of the Old World expressly intended to censure the vices and deride the follies of the times; Labruyere inhabited the palace of Louis XIV when he composed his chapter upon the Great, and Moliere criticised the courtiers in the very pieces which were acted before the Court. But the ruling power in the United States is not to be made game of; the smallest reproach irritates its sensibility, and the slightest joke which has any foundation in truth renders it indignant; from the style of its language to the more solid virtues of its character, everything must be made the subject of encomium. No writer, whatever be his eminence, can escape from this tribute of adulation to his fellow-citizens. The majority lives in the perpetual practice of self-applause, and there are certain truths which the Americans can only learn from strangers or from experience.

I'm sure business people and home owners love that they won't be liable for maulers, that's probably how it got passed. This passes the buck right onto the shoulders of a mauling victim (assuming they still have shoulders...). YEAY, I can get mauled, and no one is responsible, and the dog will get a second (third, fourth) chance!

This is a big old WTAF. If this is "winning", than I am a happy loser.

People, get you CCW permit if you still can, buy a decent caliber gun, and learn how to use it. Do not wait for a tragedy to occur.

Maybe they will revoke CCW too, so you can be entirely defenseless to these sweet lil maulers. I think in that particular state, you have to be licensed and they keep track of all gun owners. Too bad we cannot do that for dog owners, let alone ones with maulers.

This is turning into a social experiment on who is actually willing to defend their own life when it is at risk.
Society has gone to the dogs.

Sorry to split hairs, but I don't think this is a good example of tyranny of the majority.

It appears the legislation in question was passed unanimously by the State Senate, and was not put to a popular vote. In Miami, a supermajority voted to keep their pit bull ban in place.

Also, it appears SB 247 has yet to pass the MD house and be signed into law by the Governor, so the nuts haven't quite won yet.

That said, if it was passed unanimously in the senate, its probably going to pass the house.

no apology necessary. the value of the excerpt was in de tocqueville's thoughts on what amounts to political correctness, our obsession with approval & feel good words and our in tolerance of dissent.

Missouri certainly doesn't suffer from a tyranny of the majority, quite the opposite. Democracy can be abolished at the legislature’s will. We exist under tyranny dictated by special interests. The desires of the populace are easy to nullify. Voting is, in fact, an exercise in futility.

After meeting all the root requirements to develop the Proposition and get it on the ballot, after the efforts and expense of the campaign – ads, circulars, phone calls and foot work – the Proposition won, but voting by the State’s populace was neither here nor there. The legislature has taught us that winning is losing, but thanks for playing, suckers!

There is no question State wide BSL referendums would succeed, whether the proposition mirrored Maryland's mandate of owner responsibility, or Miami's broader BSL. But like elsewhere, there is no winning in Missouri. Our tyranny comes from the legislature’s partnership with the special interests of pit bull advocacy. I have no confidence in this perversion we still call a democracy.

oops. "intolerance" not in tolerance.

Dude,
Excellent work connecting the dots on the puppy mill bill travesty. Just think, now that dog breeders don't have to treat their animals with even a modicum of decency, that's even more incentive for the pit bull breeders to move to the Show Me State.

"The importance of not shooting at one another."

Too bad the legislature can not see the importance of fiscal responsibility when it comes to dog maulings.

A puppy mill breeder himself who with his mother has received citations for abuse in the past WHO JUST HAPPENS TO BE A MISSOURI LEGISLATOR organized a gutting of the puppy mill vote.

Smith is the name I think. There is even a facebook page dedicated to exposing this criminal weasel.

But consider who is behind him and supports him and his ilk.

Missouri is the home of lots of dog fighting breeders and Hunte Corporation the biggest puppy mill broker in the US who is in cahoots with the AKC.

They've all been paying off Missouri legislators for a long time.

One of the dirtiest states in the nation but perhaps not as dirty as states like Mayland.

Reminds me of the 7 year old who was suspended for biting his pastry down into the shape of a gun... or what could (maybe, sort of) pass for a gun.

It just occurred to me that it has barely been a few years since the dangerous dog law was passed, thanks to Mr. Soleskys lawsuit. They could not even wait until the kid grew up to throw him under the bus! You know, the victim, whose attack spurred the lawsuit, making the law in the first place.

Makes me sick. Why are the legislators so weak, and why are the pit Advocates so nuts, and insistent on having us all live in danger? I still cannot believe that anyone is out there making special rights for these dogs, and others think this is dandy!

On a good note- I remember about 5 yrs ago feeling really down because every stats was passing a law banning same sex marriage, and defining marriage as one man one woman. Fast Forward those 5 years, and those laws are falling even in the most conservative of places. I hope we have similar success, even if it is late. (too bad so many will be attacked in that time)