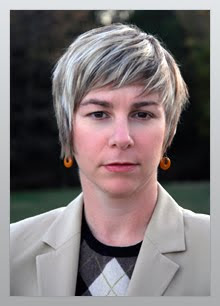 libby sherrill
first there is the issue of the adopter. i didn't pay close attention to her. BIG mistake. i didn't make the connection between her and the documentary project, beyond the myth. you can see dawn capp in the trailer at the link. more on the relationship between the two nutters:
Although she operated with very limited funds—her father offered the start-up fees—Sherrill was able to enlist the help of two influential people.

One is Sacramento attorney Dawn Capp, Director of CHAKO, a national dog owners’ education and advocacy group. According to Sherrill, “Dawn shared with me her wealth of knowledge on BSL.”
i have been following the making of this documentary since it was first announced on one of the pit forums last march. it appears that lack of funding continues to impede its completion. and capp has been instrumental in trying to help raise funds to complete the project.

this issue with continental airlines was no coincidence. this was a carefully staged media stunt, not unlike the kooky colorado balloon family.

second, there is the specific incident that led carriers to ban pit bulls from their aircraft. and i am certain that given capp's "wealth of BSL knowledge" that she KNEW continental would deny the pit bull access and instructed sherrill to book the flight on continental for the very purpose of creating a story in the media.
from the january 2003 pike's peak newsletter:
PIT BULL CHEWS THROUGH KENNEL From Dave Petri
Damage to an American Airlines flight, New York to San Diego, reported possible damage caused by traveling “livestock” - a pit bull in a kennel. Upon landing, investigation showed that the lower right side of the forward bulkhead panel mangled by the dog. 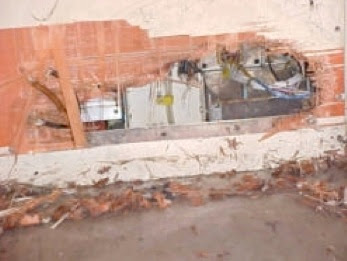 The dog also chewed up at least three cables/wires. These 3 cables belonged to the #2 VHF radio, ACARS and ADF systems of the aircraft. The captain stated that he lost some communication during flight. 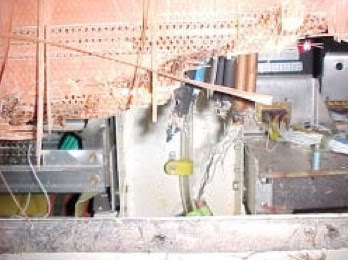 An estimate of at least 24 hours was made to repair the damage done by the dog. Yes, AA intends to revisit the way they tender shipments of “livestock” in the future.

Inbound flight 282 from San Diego arrived at New York JFK at 2148 on gate 8. Ramp control was notified by the captain to be careful when opening the forward compartment door. (Below is Ramp CSM Harry Cadet’s statement).

At 2135 hours I received a call from Ramp Control advising me that the cockpit called about a noise heard in the forward compartment. I checked the offload of flight 282’s inbound and there was a dog and some mice on board. We started to open the cargo door of Aircraft 5EJ, when I noticed the curtain fastener was sticking out from the bottom of the door. I had Mr. Gittens turn on the lights and I peeped in the vent hole I saw a pit bull staring at me. The captain came down and I asked him if he could see if the passenger was on board. As I ran up to see if he was able to get the pax, he was escorting the passenger down the bridge. We repositioned the belt loader and Mr. Gittens, the passenger and myself went up to get the livestock. The passenger held the canine’s collar to calm him down as we proceed to open the cargo door fully. I then assisted the passenger to place the canine in the kennel. As I attempted to secure the kennel’s door I noticed that the bottom rod was bent and I was unable to get it to lock in. I then called CSM Dillahunt on the radio advising him that the livestock on flight 282 was loose and the kennel was damaged. In addition to that I was going to release the livestock to the passenger at the terminal since there was no way I could ensure that the livestock wasn’t going to get loose again. I escorted the passenger into the baggage claim area. Mr. Gittens rode with the dog to ensure that he wouldn’t break loose again. What was happening after we placed him back in the kennel and then into the cart, was the pitbull kept hitting his head against the door of the kennel trying to get out again. CSM Dillahunt advised me that he was going to fax a copy of the airway bill so that I could have the passenger sign for the shipment. I stayed with the passenger for about ten minutes in the terminal, and we checked the dog to make sure that there was no injury. I looked in his mouth and his gums were okay and there was no sign of any cut or bruises. Mr. Schwerdt came over to the inbound bag room and advised me that the dog had done some damage to the aircraft. I called Peter Hegmann to advise him that there was damage to an aircraft that was found on arrival. Peter and I walked over to gate 8 and when we walked up the belt loader and look in the F1 position of the aircraft, we were in shock. The pitbull had clawed through the avionics access panel and ripped approximately 5 coaxial cables in the aircraft. According to Mr. Schwerdt the captain stated that he lost some communication during flight. I never looked in the cargo compartment when we first got the livestock. My main concern was getting the livestock to his owner safely. I really feel that we must revisit the way we tender shipments of livestock in the future.

I (George Pastrana CSM Cargo) went down to the Baggage claim area and had the passenger sign the Airwaybill. As I was returning to cargo, I received a radio call from Tony Dillahunt of possible aircraft damage on inbound flight 282 and I went to gate 8. I went up the belt loader into the forward compartment and saw the lower right side of the forward bulkhead panel mangled by the dog. The dog also chewed up at least three cables/wires. (See pictures). These 3 cables belonged to the #2 VHF radio, ACARS and ADF systems of the aircraft. There was also a PPS shipment of mice (awb 56219262) from World Courier located in the F1 compartment. The dog gnawed on the corners of the 2 containers but was unable to get at the mice. An AC-18 was filled out and was given to the driver.

Since the dog had damage the forward bulk compartment. I went back into the terminal to locate the passenger, the dog and the kennel to take pictures. The passenger had already left the area and the security guard said they had left right away. The kennel was not issued from AA. Harry Cadet said it was a green kennel, size 400 series and was made by Daski.

The maintance GFO Bill Doyle gave an estimate of at least 24hours to repair the damage done by the dog.

the case against pit bulls on a plane has been made.
Posted by scurrilous amateur blogger at 10/21/2009

These Nutters are going to get somebody killed!

Anyone ever see the twilight zone episode with the sky creature shredding the aircraft?

1st documented case of a Dine and Dash on an aircraft!

These Pit Grifters sure know how to make a buck...Right now an ethereal young Pit owner is cancelling her renters insurance so she can send them a check!

Interesting since American Airlines doesn't have any restrictions against Pit Bulls on its planes, Cargo or otherwise. They just came up with some cheap ties to ensure animals cannot get out of crates.

Because in 2002, the Dog Lobby sicced themselves on them and browbeat them into accepting this risk....

Didn't one of the cretins working on that dopey "documentary" kill one of the Vick dogs?

I thought I read about him in dogsbite forums? Ring a bell anyone?

Notice that this freak links to Tia Torres at Villa Lobos.

Jessup has a web page just about Continental!

Pit Nazi's have nothing better to do than dig up information on people they don't know for the sole purpose to expose and ridicule every little thing on them.

ok so even if she went there with the intention to expose them for pitbull banning,she brought it to everyone's attention. ONE QUESTION:
Why ban "the pitbull" there is no other dog that could have done something like this rt? It's just another way for them to pick on these dogs.... not all "pitbulls"are nutty and crazy just like not all labs are great family dogs.. come on,,,

In his famous study from the 80's he established that Pit Bulls break containment and attack 14 times more than other breeds.

You have a big responsibility to know what you own!