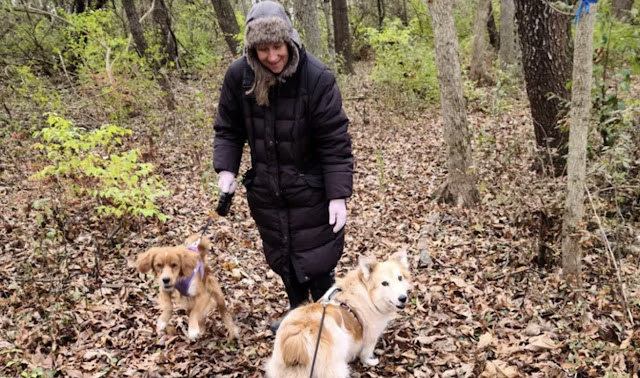 On a beautiful Saturday morning, Diane Brannam and her husband Phil took their two dogs for a walk at a nearby forest preserve much like they do every weekend. While getting ready for their walk at the public park, a pit bull whose owner was not present at the park, wandered across the street from a residence and prompted an attack on Zoey, the smaller of the two dogs owned by Diane and Phil. Diane was holding the leash of Zoey and Phil was holding the leash of Zen (their other dog) when the attack began. Diane quickly realized the harm that was happening to her dog and did everything she could to get the larger pit bull to stop the attack. The only action that eventually lead to the mauling being stopped, was Phil pulling the pit bull off and maintaining control. At this time, it was observed that there was significant damage to Diane’s hands with a majority of injury happening to her dominant left hand. Zoey, also suffered injuries during the attack. The owner of the pit bull did not show up until after their dog was subdued.

After questioning from the forest preserve authorities about the attack, Diane was taken to an immediate care facility to have her injuries examined. It was determined at this time that Surgery was needed. The first surgery took place promptly after the attack. A second surgery was performed in hopes of it alleviating some of the pain and discomfort Diane was suffering from. It was unsuccessful. After months of physical therapy, Diane still was out of work and quickly feeling the effects of lost wages. At this time she also came to the realization that her College re-certification as a Certified Nurses Aid was no longer going to be of use due to the permanent disfigurement and loss of function in her hand. Her quest of getting back into her trained working field to help her family financially was no longer an option.
Even with health insurance, the surgeries and other medical expenses ended up costing Diane and Phil over $9,000 out of pocket. It did not take long before the hospitals were demanding payment. The dog owner did not have homeowner’s insurance. As well, she was unwilling to take responsibility for her dog's attack on Diane or compensate for Diane's financial losses. Therefore, Diane's injuries and financial loss lay solely on her shoulders.
Between medical bills and lost wages incurred, Diane's total financial loss is $32,000. Although no amount of money will make up for the mental and physical suffering Diane went through, the hope of this fundraiser is to help Diane recoup what she had wrongly lost financially and find peace after a long and painful journey.