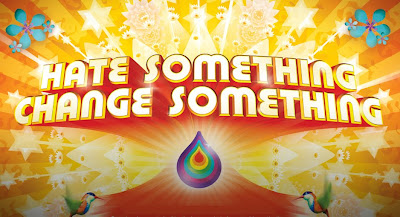 the pit bull community refers to anyone who dares to cross the street to avoid their mutants or utters a negative word about their frankenmauling deity as HATERS. they think that is an insult. there is no shame in hating gratuitous violence, especially when the owners have no remorse or accountability. HATE is not inherently bad. it is often the impetus for change. where would we be if everyone was content with the status quo? would there still be slavery? how about polio? would drunk driving penalties still be a slap on the wrist? would it still be legal to beat your spouse or send your child to work in a factory? would women have the right to vote? would dog fighting be legal? would we have animal cruelty laws?

the focus should not be on our hatred, it should be on the pit nutters' misguided hatred.

pit nutters have no trouble hating this 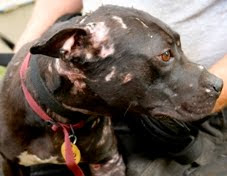 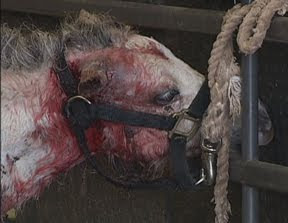 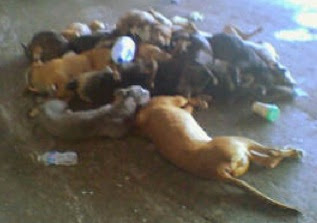 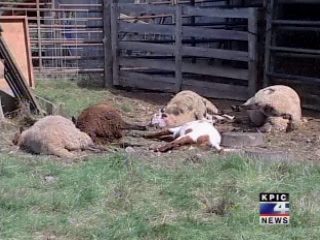 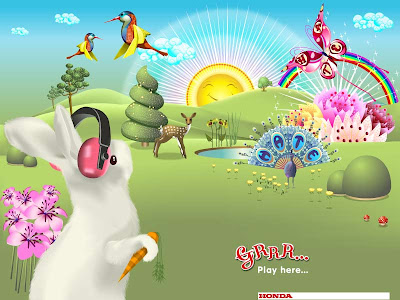 WINS are few and far between. ENJOY!!!

(update from a reader. enjoy in deed.)

Remember the 4 maulers that were "Service maulers"?

1- GONE. Got it kicked out for attacking another dog. See ya fuck face! Hope your mauler eats you POS.

2- MOVING. Management now knows his papers are fake, and will NOT be renewing his contract when it comes up in 2 months. They promise if there is one more incident, and he is outta here even sooner.

3 & 4 (same house)- Either GONE or in HIDING- The owner said "I know they wanna evict me!", which is true. A few complaints (one on video) got her a lease violation. I haven't seen the maulers one time since this, in over a month, and I can see their yard all the time. I think they are GONE.

Keep in mind, before I stepped up the campaign to get them out, and worked hard to make this place hostile to them, ALL of these owners paraded their maulers around, so proud of them. They took them on the playground, even though they knew others did not want them there. They let them play unleashed, and pee unleashed, everyday many times. They pooped all over, and were basically, nuisances. I felt scared, harassed, and threatened by them, all day long.

Now, NO MORE! The hostility and constant surveillance worked - they quit their mauler parade, even before they moved…

I figured I was already stressed and threatened, might as well turn the tables. Whats the worse they can do? Attack me? Shoot me? I decided to take my chances. So, I complained and did not let up, and made sure everyone knew I was gonna get them evicted. I made sure every single person here knew I would KILL it, if it was loose, and that if the mauler hurt my kids, THE OWNER would be gutted next. Showed off my knives to make them know I meant it.

********Best of all, I contacted the company that sold the asshole in my building his fake papers. I let them know what he did with them, and that if anything happens  because he moved in here with those papers, it would be THEIR ASSES. They were nice enough to send me a little letter that clearly stated that those papers are not legal documents, and do NOT make a dog a service dog. I said- Thanks!!! **********
I gave that letter to the manager, and also gave him a list of all the web sites that sell those papers, and now NO ONE will be able to use this scam. Now, mauler #2 will not have his contract renewed, nor will anyone else using this scam.

Management hated this scam, but didn't know what to do. I handed them a solution. They only have to offer "reasonable accommodation" and it is NOT reasonable to have a pit bull in apartments where big dogs are banned.

Sorry so long, but its important to know that people DO WIN sometimes, and how they did it.

Thanks for the inspiration! (Really)

FYI- Here is the later I got back from the "National Service Dog Registry" after I sent them a nice little note about how their product was being used. This letter helped the landlord prove these papers didn't mean a thing. and a letter from the National Service Animal Registry.


Thanks for checking with us. Because registration isn’t required by federal or state law, certificates, ID cards, etc. carry absolutely no legal weight, nor do they make someone disabled or their dog a service dog. They are only designed to make life easier for someone who is truly impaired. Housing for this person isn’t covered under the ADA, by the way, but under the Fair Housing Amendments Act, but only if he is legally disabled. Posing as disabled is a federal crime punishable by fine and/or imprisonment.

Our suggestion is that you make a formal complaint to the property manager. They are allowed by law to require the person’s physician to verify he is disabled. Even if his is disabled and his dog is trained as a service dog, a person and/or their animal may be evicted if the animal is a danger in public. You are not without rights!

I hope this helps,

fake service dogs have been covered ad nauseam on craven and dogsbite.org and dogs in service.

Pit Bull Service Dogs: They're too sensitive but they still need prong collars

so called service maulers and their owners

who will be austin tx next top nutter? 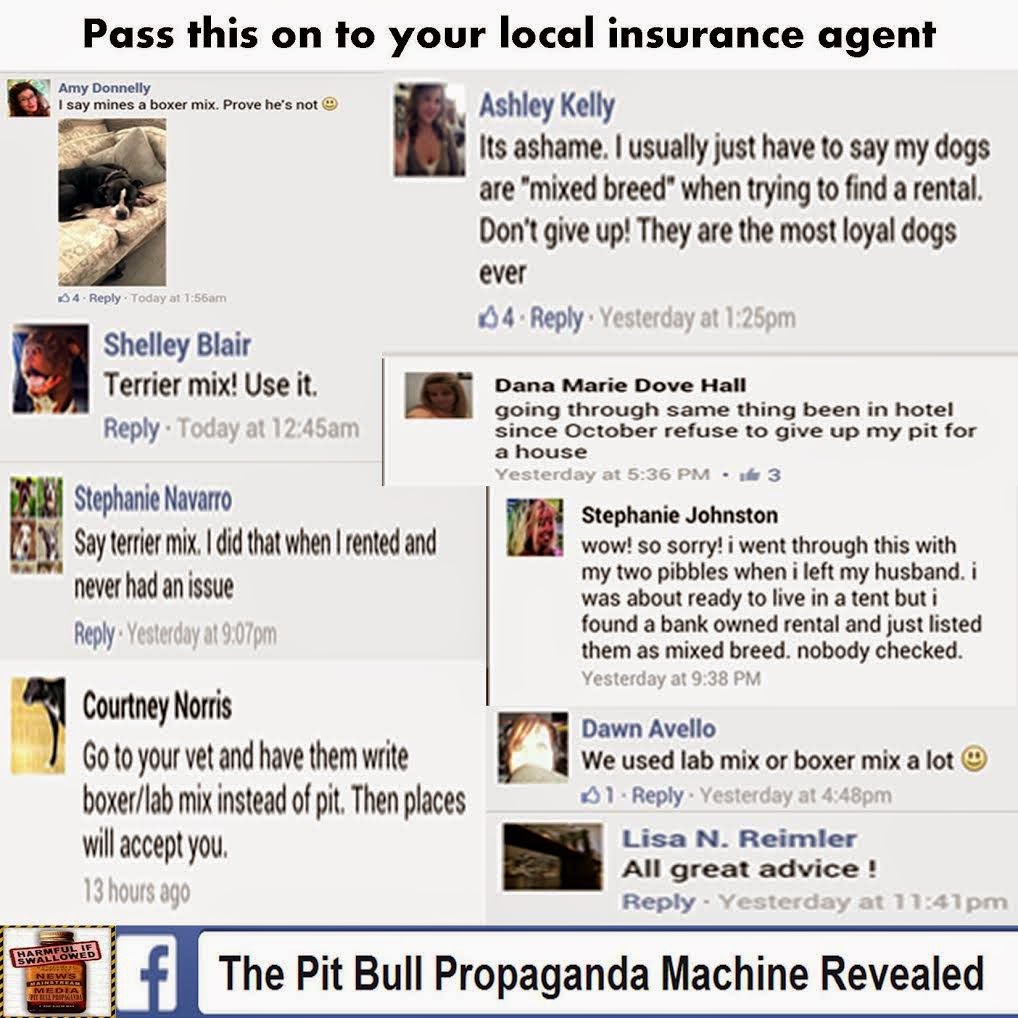 Animal Uncontrol posed the following: "Should people with pets, particularly multiple, large pets be eligible for public assistance?  I.E. Welfare, food stamps, WIC, Section 8 housing, Medicaid, etc..." and one of the more lively debates erupted at his blog. one of the craven regulars, Pit Dispatcher was involved in that lively debate and then sent me the following comment and photos.


Aw fuck it, AC, you win.
Here are 2 homeless bums, with a huge sign declaring that they are hungry.

But what are they doing? Feeding an enormous, well muscled, gripper. While begging for food and money.

This is right next to a busy restaurant, at at intersection of a busy shopping center.

Of course this monster isn't neutered, and even with that collar, there is no way they would be able to control a mauler this size.

I generally have no problem with homeless having dogs. It's practical to have one if you have to camp everyday, and let's face it, they can eat garbage.


But I object to homeless with huge grippers. It's super reckless, and a public safety issue. It's offensive and ridiculous to pretend your hungry while feeding a dog that probably eats more food than they do.

Xylitol treats for all!
PIT DISPATCHER 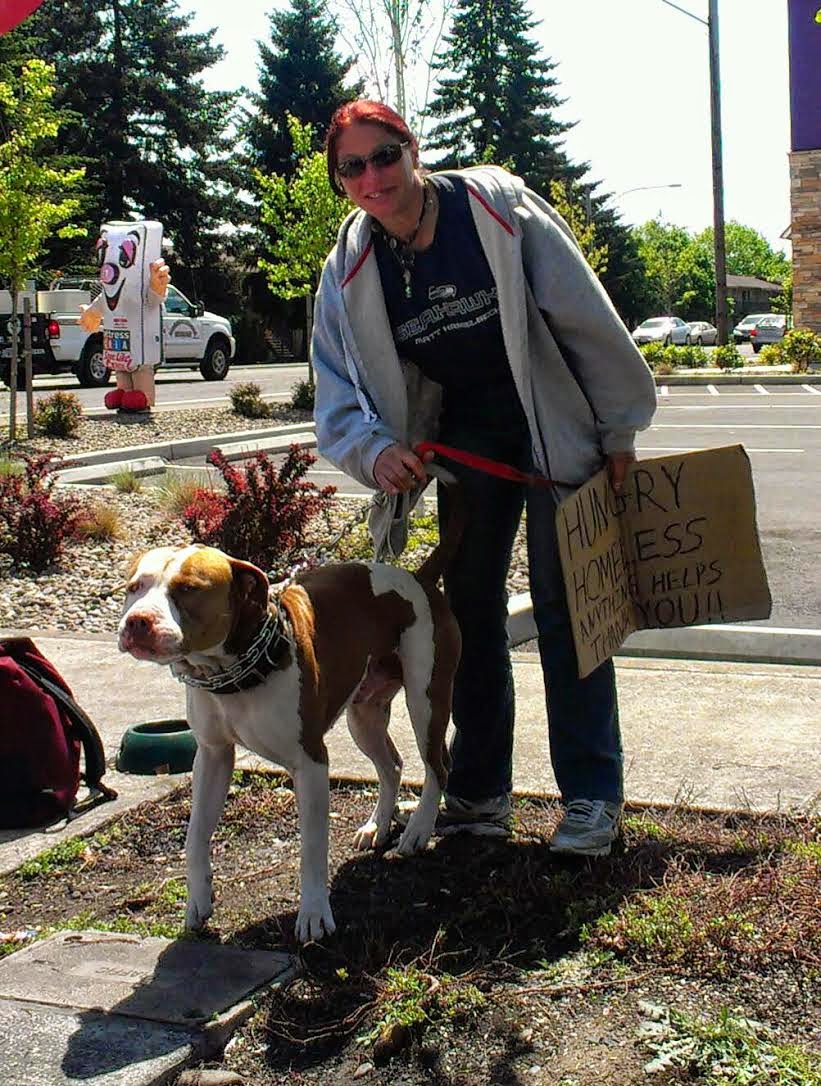 you can join in the discussion at Animal Uncontrol


First and foremost is the fact that society must be protected from individuals who are at increased risk for causing harm.

Second, Acknowledging the feelings and rights of victims... Beyond the needs of individuals who were directly affected by a crime, we should also consider the need for justice by society as a whole. Some have suggested that our operational legal principles exist because they more or less adequately capture an intuitive sense of justice. Even if one accepts the empirical evidence that some individuals may have deficits that impair their ability to make decisions, the idea that these individuals should not be considered responsible for their behavior can still be difficult to accept. Crime elicits very strong emotional reactions in people, particularly those who are victims of crime. Graphic depictions of serious crimes generate feelings of anger and a strong desire for retribution. People feel strongly that crime must be punished and have understandable difficulty feeling sympathy for the perpetrators of these offenses. The idea that some individuals, who may commit the most serious crimes, are not entirely responsible for their behavior, no matter how severe, is hard to acknowledge.


As Raine and Glenn stated in chapter 8, Ethical Issues, we need "a more forward-thinking system."


Psychopathy - An Introduction to Biological Findings and Their Implications, Andrea L. Glenn and Adriane Raine, 2014 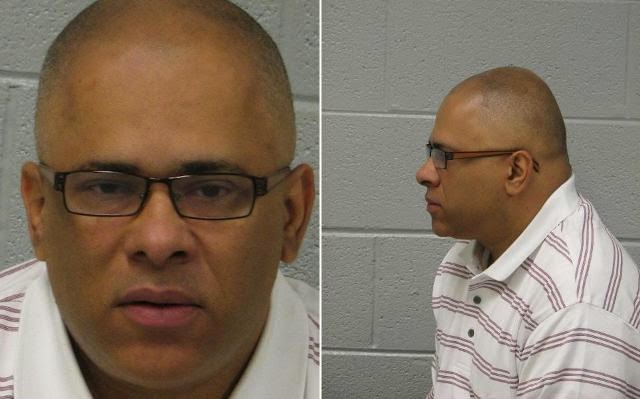 "Well, I'm not a convicted felon. I have no convictions in my background….But the thing is, I'm a good man. I've overcome a lot of obstacles in my personal life. And there's not one person in the entire world who doesn't have relationship issues. So, I'm not trying to be a perfect individual because I'm running for governor." from my fox chicago

Like pit bulls, Hardiman is just misunderstood and "desensitized".

"I was motivated to start the program in 2007 when I began to encounter more people abusing pit bull type dogs by fighting them. I always had a big heart for pit bulls because they’re some of the most misunderstood dogs in the world. Some people demonize pit bulls before they are even born. This upsets me. Growing up in the projects and witnessing acts of violence on a regular basis kind of desensitizes people." from stubbydog.org 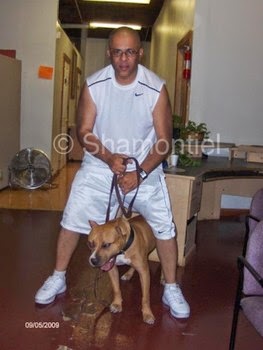 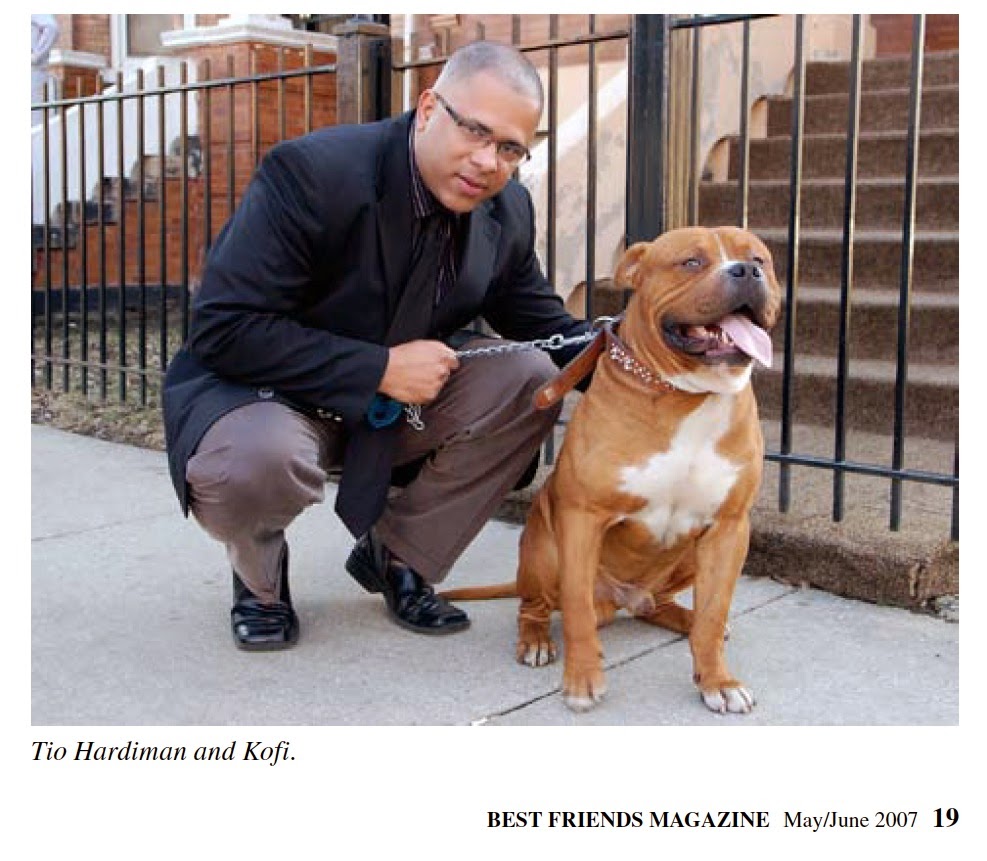 things are hoppin at the montgomery county dog warden


be sure to check out scorched earth. they've got the dirt on the slumbering corpulent butterball. 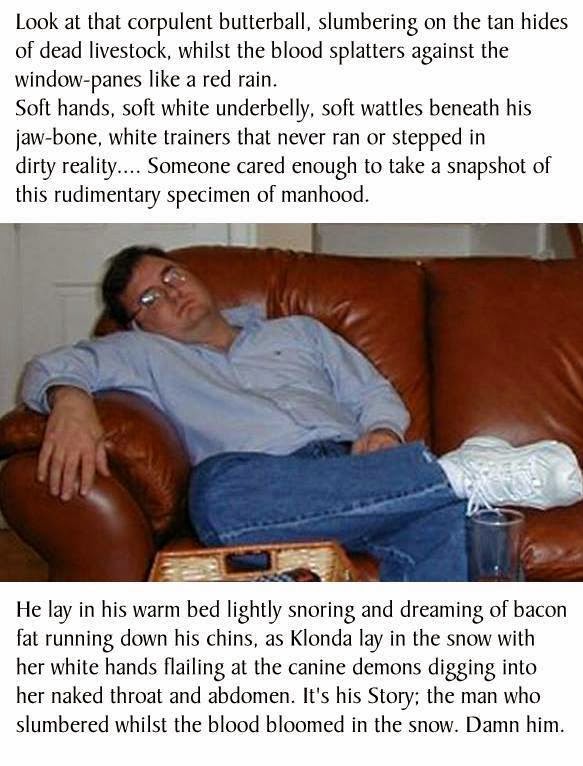