Brent Toellner: when a quest for logic is out of reach 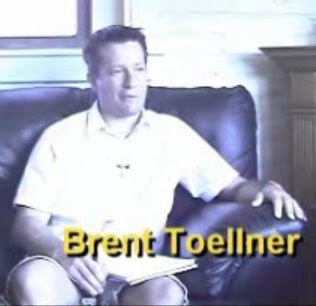 kcblowhard, this guy has been on my shit list for a loooong time.
so get a cup of tea or coffee and get comfortable.
brent toellner on dogsbite.org:
Even though they've been out there for awhile, I've largely let dogsbite.org do their own thing. wow, that's mighty generous of you brent, you arrogant fuck. However, at this point, their rallying of misinformation and misleading information is becoming even more biased, misleading, and dangerous, so I want to respond. these are the words of a man who promotes the "it's all how you raise them" mentality and a man who is lobbying for dog parks in his city so that he can take his 'PIT BULLS' there to play with other doggies. talk about fucking dangerous information! am i right simms? colbydogs? back me up here.
brent toellner on dangerous dogs (forward to 2:25 for this gem and skip the rest of his whiny voice):
"At one point in the 70's, people were really concerned about german shepherds and doberman pinschers and then you know in the 80's it was the rottweiller and now it is pit bull type dogs that most people are more concerned about. Ah, it's just an evolutionary process and unless you get to the root cause um, you won't be able to have an effective law."
the root cause are the idiots who think 'pit bulls' belong in dog parks! but seriously, let's consult with your dog bite demigoddess, karen delise.
according to fatal dog attacks, the stories behind the statistics, the four breeds involved in fatalities: 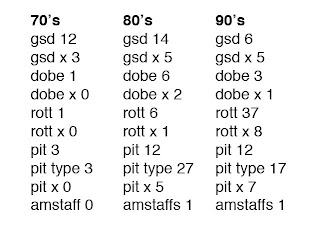 "Kill happy" what an excellent term for the Wino losers. By using the words SLAUGHTER, MASSACRE and KILL, the Wino losers evoke emotional supporters who never look past the lies of these words. I had a friend that KILLED himself last year -- committed SUICIDE -- because all of the Goddamned animals he was forced to euthanize at his shelter. The NO KILL groups would not accept these animals as they "must" only accept the "most" adoptable pets.

Pitbulls are the solution to the overcrowding at animal shelters because they kill and eat other dogs!
They are bred for this purpose: KILL KILL KILL.

I think I get the issue around fences.
KC is a pit nutter who understands that fences DON'T WORK for these dogs. and since pit bulls are the only breed that matters, of course his thinking revolves around that.

This photo of KC kind of reminds of one of those One Flew Over the Cuckoo Nest psych patients.

What do you expect from those who followed the false Messiah, Winograd or the Whino as I call him because he "whines" so much. The writing is on the wall if Brent is capable of reading. "No Kill" is a personal agenda, not a goal for the Whino. If you look at the "No Kill Equation" program, it only makes sense if you are a breeder or a dog fighter. It makes no sense otherwise. Household limits are for the good of the animals as well as the community as a whole. Philly has household limits of 12 animals per household and even with this ungodly high number, his program failed miserably in Philly. Pets are reproducing 10 times more than humans and they think we can handle them all???? "No Kill" and followers such as Brent are lending credibility to the breeding industry. Shelters estimate that there is a 30-40% population of purebreds with some reporting higher. Deliberately bred dogs, income producing dogs, yet the taxpayers end up with the bill. Many from puppy mills and can't be housebroken so they have to go. The Whino doesn't try to distance himself from the breeding industry just like he doesn't try to distance himself from the radical ADL-LA whose leader is married to Jerry Vlasek. Valsek testified that it is right to kill people over animals. The Whino has no shame, whoever will promote him, he kisses their ass. And Brent has his nose stuck up the ass of this kiss ass Whino.

Last year he published an astonishling dishonest piece about how old time dog fighters like Colby would occasionally produce a litter of duds...therefore, Pit Bulls "could" be safe around other dogs.

He omitted the fact that the Dogmen would brutally cull these dogs and eliminate them from the gene pool.