last night on my dog walk, i encountered a middle aged man with two scotties. they fearlessly trotted up to my dog to say hello. he followed behind them. he began to complain about how his dogs insist on saying hello to all dogs but he would rather they didn't. i told him that he should leash his dogs, as i just saw two pit bulls in the park and he was heading in their direction. he then started in on the "it's not the dog, it's the owner" and before i could respond, he gave me the famous line "it's those weiner dogs you have to watch out for." i said, "yeah i know. dachshunds killed 13 people this year." and walked away.

idiots. you can't reason with them, so you might as well have fun with them.

this got me to thinking about the pervasive myth of media hype.


images of the hyped 1964 alaska earthqhake. clearly, the media exploited this incident. 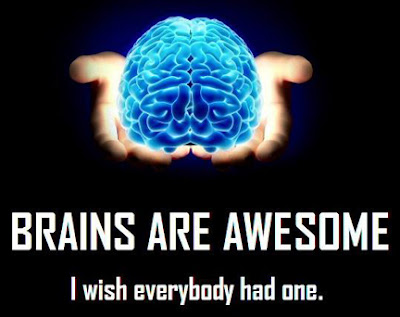 I agree with the having fun with them, but feel sorry for the snack sized dogs he's offering up to the mutants.


so what did the idiot with the scotties think you were warning him about ? the shitbull owner might lock down on one of his scotties ?

WTF DOES IS MATTER WHOS RESPONSIBILITY IT IS .....to your torn up dog ?


i dont live in fear of dashunds or scotties coming outa nowhere and demolishing my lower legs, whereas ev everytime i go out somewhere i do have to think of mutants and their peas brained owners . even then, its probably just a matter of time before i have to put some theories to the test . ie , how long will a mutant keep fighting with two collapsed lungs, ect.


if i owned a dashund i wud have to explain to it that there are a lot of ignorant bias bad people who dont like him/her due to public perception ,perpetuated by myth and media hype and dicrimination against a whole breed of wiener like dogs. and for her not to be sad and feel rejected when someone wont put their face down to her .

As to his "it's not the dog, it's the owner" , OK, let's pretend that might be true, so what? Does he really want to take the chance that that owner might be one of THOSE owners...??

Speaking of pit owners,,, my neighbor has a pit mix that she insists on letting run loose in the alley behind our houses. She keeps trying to figure out WHO called AC on her a couple months ago (it was me). Anyhow, she now insists that she's had her dog DNA tested and wouldn't you know, it has no pit in it. Such a pantload. If her pit mix latched onto a neighbor's kid or dog she'd be the first one to claim it was the victim's fault. She may come across as a "nice neighbor lady", but she's the epitome of a pit nutter.

I started to post this a couple nights ago then deleted it thinking its nothing new. Then i read this and decided i would post.

I was at work about a week ago and i saw a lady and a guy walking a putbull (looked part brindle with a choker chain) walking through the parking lot. I was just watching in interest when i saw it turn and was lunging hard. I looked in that direction and saw two ladies each walking a baby carriage.

She came in and he stayed outside with the pit. I made a comment about some other funny looking dog outside then she said, "yaaaa....thatsmy boyfriends pitbull outside." I didnt know what to say but what came out was, "yeaaahh....i saw him LUNGING at the baby carriages."

I said "LUNGING" clearly and her response was " I KNOW! THEY ARE THE FRIENDLIEST DOGS!"

As much as I loath, despise and detest dog fighters they at least are honest about the dogs. They don't walk them in public or let them run loose to keep the heat off themselves but that is more than the pet bull dimwits.

Nutters scream like hell about how useless the DNA test is - unless it's in their favor.
That guy with the Scottiies is a bad owner so he isn't likely to recognize other bad owners. Good owners don't let their dogs rush up to other dogs - especially if the other dogs are on a leash. I freakin hate people like this guy.
"Oh, it's ok. He's just being friendly."

No. Your dog is being rude and you are an asshole.

And the excuses about not being able to control a Scottie is just an excuse. I had a neighbor who let her two Bichons drag her into my yard so they could shit in it - everyday. One day I caught them in the act and asked her if she was going to pick it up.
"I can't control where they go!"
"I don't have a baggie!", she wailed.
I got her a baggie and watched her pick it all up. She was muttering the whole time and I could tell she was pissed. BS she couldn't control those 2 10lb dogs.
Bad dog owners fucking suck - and there are SO many of them!

TS, i agree with you although i have found one exception to the dogman rule: JOE WOODALL.