And Then I Became a Gun-Toting Liberal 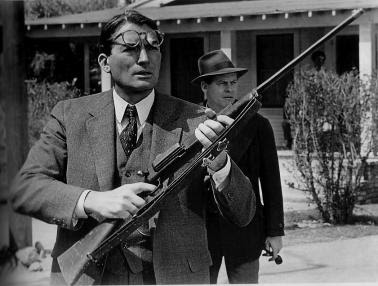 While on a walk yesterday with good friend A. and my sick dog (don’t ask unless you really want to know), I ran into Nug the Pit Bull. This is the same dog that attacked my dog Ike in September when we were out walking alone. Back then I thought its name was Thug–it seemed so appropriate–but it turns out I was wrong. Nug is a lot of a hater. He pinned Ike down, growled, snapped, threatened, and basically did his cajones / conejos intact male pit bull thing. Ike laid there like a slug; it was his only defense. His owner, a woman out jogging with an aggressive dog off its leash appeared to do nothing while I shouted, “CALL OFF YOUR DOG.” She finally–and I do mean finally–managed to get Nug off Ike and then apologized profusely.

I don’t think I have ever been that mad. Turns out pit bulls are terrifying. I really thought he would kill Ike, or maul one of us. Normally, apologies work; but, the naivete of this is what made it so horrifically dangerous. Small dogs walk on that road; cute 80-year-old ladies walk on that road; children live and play nearby. I’m sure Nug is friendly and all to maybe two people, but the rest of us do not deserve to become afraid of our backyard. So I told the lady off, in my most menacing voice, modeled on my mom’s side of the family. ”If,” I hissed, “you are going to own a pit bull that you cannot control, he had better be on a leash. He’s going to kill someone.” In my mind, that sentence was peppered with more interesting verbiage. I have spent the better part of last night and today revising it, in fact. I really wish I had described the leash more.

My friend, normally calm and quite friendly, said as we walked away, “I wish I’d had a shotgun with me. I’d have shot him dead.” After I reported the dog and owner to three different agencies–bureaucracy, how I embraced you last night–I spent the rest of my time imagining what sort of weapon I’d purchase. The man at campus safety misunderstood and thought I actually a) owned a gun and b) would be using it. Not so. Yet. I think I’ve decided that I want a 20-gauge shotgun with a compass and a stock and a thing which tells time. How I will hold onto it and a leash simultaneously I have not yet decided. Perhaps REI stocks backpacks for shotguns.
Posted by scurrilous amateur blogger at 1/06/2010

Why in the name of God did this person not get an attorney at the FIRST incident?

You can't use the shotgun in our society, but you can sure as hell use a lawyer, and it often is WAY more effective.