seven more days of wiggle butts expressing their loyalty to their owners...
9.10.10 any & every town, usa a pit nutter who recently acquired 2 mutants let one of them out into the unfenced front yard to relieve itself where it promptly killed a stray german shepherd. the silver lining: the pit nutter was bitten and her ugly mutant is barely alive. 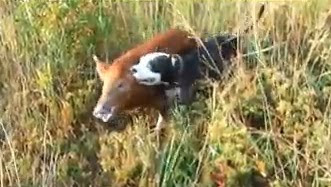 9.12.10 alabama thug-dog.com member CHUMP was out trolling for deer with his trusty nursing sidekick CHARLEE when he spied a small hog. what's a backwoods, illiterate, inbred redneck to do? set yer fat bitch on it of corse and video tape it for all of yer loser buddies to share. cuz you know, they all get boners when them pigs get to squealin. don't matter that she got herself a mess a puppies back at the cabin to nurse. nuthin says game like a fat bitch whose teets are draggin on the ground and you still have trouble breaking her off the pig. mighty proud pit nutter! CHUMP'S a nice guy too, he left one of the ears in the field for the other pigs to eat. of course, despite rally's voice of reason, these conversations often degrade into, "real game-dogs" and "ima real dogman, yur an interweb poser". Hell yeah git r done.
by the way, i think "hunting" with dogs is more cruel than dog fighting. 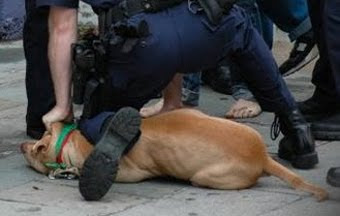 dylan singleton
"Sometimes he gets a little excited and he can be a little bit of a bull in a china shop."
9.12.10 washington DC this ugly frankenmauler went berserk when a poodle bichon had the nerve to sniff him. the fucking pit nutters are describing TWO BROKEN BONES as a SCUFFLE. the police report describe the dog as an "out of control" mutant that was shot minutes after this photo was taken:) 100 pit nutters showed up and made fools out themselves with their public display of sympathy for the frankenmauler and contempt for the police on the 16th.
cha-ching mirah!
9.12.10 quincy, illinois a pit bull attacked another dog. police the mutant to save the normal dog. the mutant has a history of aggression. DENNIS SCOTT, of 720 S. 14th, was cited for dog at large and a rabies control violation.
9.13.10 whidbey island, washington police scanner reports for the last week of august show a lot of frankenmauler activity. on the morning of 8/29 a pit dog attacked a goat. on the evening of 8/28 a pit dog attacked another dog. and in the wee hours of 8/24 a pit dog attacked a woman's boyfriend.
9.13.10 new york city american idol star Jordin Sparks took her dog to an off leash area where she was bitten by a pit bull.
9.13.10 canada two pit dogs were seized after they attacked a cat on it property. that cat was leashed on its property. charges against the pit nutter are being considered.
9.14.10 xenia, ohio a woman was attacked by 2 pit fighters when she laid down on top of her chihuahua to protect him. when police arrived, the frankenmaulers charged them. one dog was shot and the other ran off but was captured. the pit nutter, known only as ANTHONY has come forward and apologized stating that he was out town and his dog broke through an exterior wall of his home. wanna bet the mutants are not current on their rabies vaccines/license and ANTHONY does not have the mandatory insurance?
9.14.10 south africa SOMEHOW a pit bull got loose and attacked a pony. the pit bull suffered a blow to the face but the pony's genitals were savaged. sounds like a pig dog. the pit nutter MOGOMAT GALANT said "Ballas is a good dog, I don't know what made him attack the pony because he gets on well with my family, including my children." INNATE ANIMAL AGGRESSION YOU IDIOT!
9.15.10 edgewater, florida a roaming pack of 2 pit dogs and a mixed breed dog killed a cat.
9.15.10 norton shores, michigan police received a call about 3 pit bulls attacking horses. a little later, they received another call about a man shooting dogs. police found dead dogs. now THIS is an awesome pit bull story. more please. 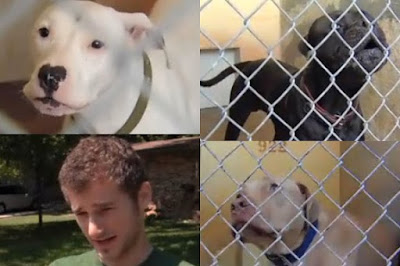 click on image to view larger
9.16.10 austin, texas meet Victor Angelica and 3 of his 4 dogs. the fourth is a cattle dog and the owner is blaming it for opening the gate and allowing them to attack Tracy Vaught and her mini pin Pipsqueak. Angelica's dogs are being described as a cow dog, a pit bull, bullmastiff and a mastiff. i don't see any mastiffs here, do you? at any rate, these dogs got loose created injuries to the tune of $1100. although Angelica claims his dogs were just playing, he has agreed to reimburse Vaught. the victim and the witnesses who came to her aid, described full blown attacks. this pathetic lying piece of shit will get his frankenmaulers back after he pays the $500+ impound fees. 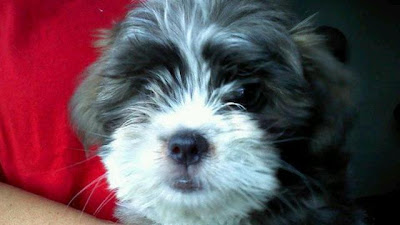 rip
9.16.10 baldwin, pennsylvania this little dog was killed by a neighbor's pit dog when his owner let him out in his own yard. the ugly mutant later attacked another dog and bit a person trying to save it.
updates 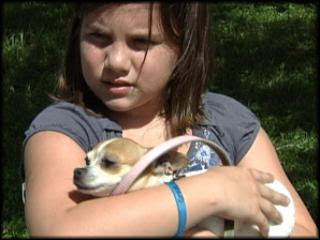 9.16.10 tampa, florida the pit dog that tried to attack this little chihuahua but nailed the little girl instead will be dirt napping at the end of the quarantine.
dog attacks that the media never reports
9.15.10 st petersburg, florida a leashed rottweiler and chesapeake bay retriever attacked a loose blind labrador retriever. a policeman shot both aggressors. well, that's what the independent witnesses say. the rott nutter says the blind lab was the aggressor.
Posted by scurrilous amateur blogger at 9/17/2010

No tears for the poodle with broken bones, after being mauled by the ugly mutant pit? Even after total, catastrophic public failure, the denial about the breed continues? And it's all the cop's fault?

These imbecilic drama queens make me sick to my stomach!

The story that really breaks my heart is the little girl with her chihuahua....she held him up over her head to save him, and was mauled. This child has more courage and compassion than all these piece of shit pit bull owners, who wring their hands and cry like a baby when their dog attacks someone. This little girl saved her dog, and was viciously mauled in the process...she is the real dog lover, not the scum of the earth people who own fighting breeds.

That puke Victor needs a smack down bad. I don't want to hear "they were only playing." Just because your dogs were joyous as the mauled a little dog and a person, doesn't mean they're playing. It means they're psychopaths.

And Cheers for the little girl in Florida, though i cringe to think what could have easily happened. anon 12;20 is right. she is the compassionate log lover.

lately we've been hearing stories about these turtlenecked twaddlers chewing through fences, walls, and cars, and heaving themselves at windows...