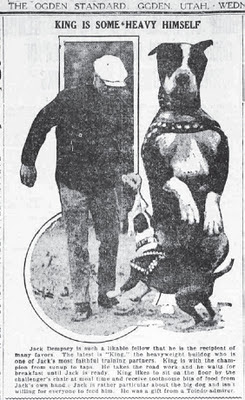 click to view larger image of Jack Dempsey and his bulldog King.

Jack Dempsey's bulldog bit Artemis Geranois (a child) in Shelby, Montana during his training for his famous July 4, 1923 fight with Tom Gibbons. A $10,000 lawsuit was filed against Dempsey and his manager Jack Kearns on behalf of the victim.

Ten years later, Dempsey's sister in law would find herself and one of her bulldogs before a judge. Susan Dempsey was ordered to fork over $3K Claire Hoffman. Mrs Dempsey tried to blame Hoffman's pekinese. Judge Percy Hight ordered the dogs to the courtroom and measured their teeth.

"It was the bulldog, all right." 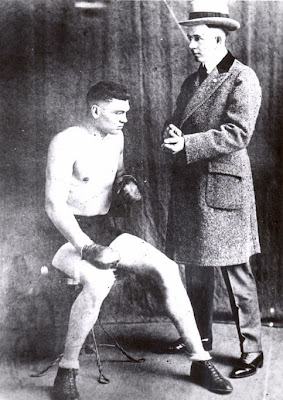 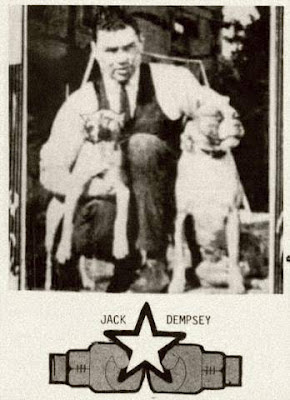 Dempsey is occasionally cited as an example of famous Pit Bull owners.

Another example of the Pit Bull Community worshipping maulers.

Did they really expect people not to check their claims out?!?

Roosevelt, Rachel Ray, Jesse James, and Jack Johnson are other examplkes of this phenomenon.

i LOVE his nickname!

Are you making this up?

nope, i found it on his wiki page.

You can add Archie Moore, boxer and dogfighter.