part three: of pit bulls and morons and dirt naps

don't expect detached reflection in the presence of a loose pit bull either.

"It is one thing to kill ANY animal that is attacking you. It is a completely different case to kill a dog because it's a Pit Bull and it's attacking your Dachshund. I recommend caution in interpreting the law" DR ANDREW ROZSA

had ROZSA been honest with himself and with me, presented the details of his case accurately and taken responsibility for the deaths of the sheep, ie not created the mythical mountain lion defense, had he shown a scintilla of remorse for the sheep and their owner, i would have shown some mercy towards him but ROZSA deliberately tried to mislead me and he used scare tactics in order to get me to change my tune on craven. ROZSA thought he could intimidate me and smack me down into submission creating an atmosphere of you had better take your frankenmaulings without a peep. think again buddy.

in my state, in most states, and possibly all states, you absolutely have the right to kill a pit bulldog that is attacking your dog, especially if this is occurring on your property. as long as your dog is still alive, you are justified in using lethal force. you might have trouble convincing a police officer/prosecutor/judge/jury of the need to use lethal force against an attacking chihuahua or beagle. but i even found an old case where a man shot and killed a dog for trespassing in his wheat field. the court ruled in the shooter's favor.

it is absolutely critical that you familiarize yourself with your state laws as they vary quite a bit. it is part of being a responsible gun owner. some states limit your right to use lethal force in your home or to defending yourself and your family, while other states include your car and work place and permit you to come to the aid of strangers. a few states specifically state that you have no duty to retreat any place you have a legal right to be while other states are explicit in their expectation that you retreat and try to avoid the conflict before using lethal force. also, make sure you understand "any place you have a legal right to be". post offices, federal buildings, schools, bars etc prohibit firearms. 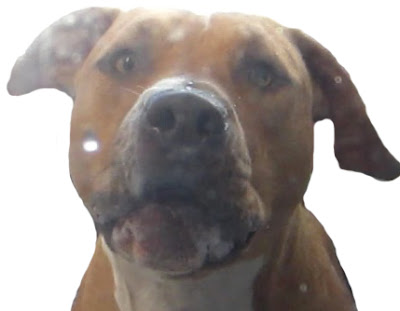 regarding no duty to retreat / stand your ground laws, it is unwise to assume that you have the right to advance further into a conflict in order to create a situation so that you can stand your ground. my state has outstanding gun laws and self defense laws that favor legally armed citizens but knowledge of the law and common sense is still required. not long ago, a pit bull found it's way into my fenced in back yard. i had just let my dogs inside and within minutes it appeared. technically, i stood my ground. i took photos and video and called 911. i did not advance into the threat and create a more dangerous situation where i had to use lethal force. i live in the suburbs and i doubt that encouraging a dangerous situation that required discharging a firearm would be viewed favorably. if my dogs had been outside, that would be another story. if LE blew me off and didn't respond or were very slow to respond (they responded within 10 minutes), that would be a different story. but at some point i will require access to MY property and by law, i have a RIGHT to unfettered access to my property, regardless if there is a dangerous dog or not. i regard ten minutes as an inconvenience but much longer would have crossed over into unlawful imprisonment and that is intolerable. the state has no right to expect us to be held hostage in our homes. if i lived in a rural area under the jurisdiction of an unincorporated county where animal control laws are lax and LE response times are poor and non-existent, this pit bull would most likely be dead. there seems to be a "fend for yourself" mentality in rural areas lacking in services and i am happy to oblige. shooing an unknown pit bulldog away so that it can possibly attack someone else or return and attack my dog at a later date is not acceptable. once a dog presents itself as a problem, my experience with pit nutters tells me it will happen again. 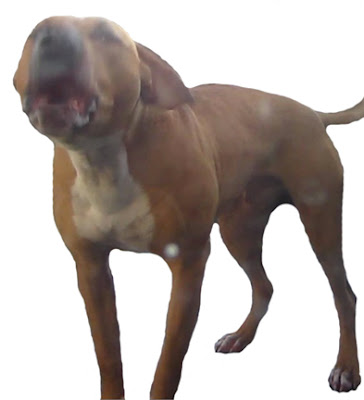 i've said this before but it needs to be said here again, i do not condone preemptive strikes against gripping dogs that are safely contained on their property. that is criminal behavior and should be prosecuted. but once a pit bull is outside its property and not under the control of its owner, all bets are off.

in addition to familiarizing yourself with your gun laws, check your laws regarding the protection of livestock. you can shoot dogs that worry livestock but in some states cattle are excluded.

some of these laws can be a little difficult to understand, if you find that to be the case with your state try googling 'your state + castle law' or 'your state + use of lethal force'. your laws will no doubt be addressed on blogs and gun forums or newspaper articles. be advised that the police are not a reliable source of information on this subject.

Isn't it obvious? The SHEEP FELL OFF A LADDER and the pit bulls are just scapegoats.

or maybe the sheep sneezed while in their pen setting off the poor little wiggly butts...

I'm experiencing cognitive dissonance. I've looked through some of the law-links (not all) Craven listed. They all seem to refer to defending against a threat from a HUMAN, and what violence is okay to use when a HUMAN is a threat and you damage a HUMAN or take a HUMAN life in defense of your own life and limb.

Am I missing something? I don't get why all these laws are relevant to shooting a DOG.

Sorry, I ran into about six pit bulls while trying to walk my dogs today, two of them loose until I flashed a Bowie knife, am feeling kind of stupid (rather, stupified, which makes me stupid).

hey dawn
i like the mutant images...nice shit-bull, hold still while i give u a treat , courtesy of glock manufacturing corp.

sputnik, i didn't include the livestock laws.
the nutters are working on elevating dogs' rights above ours but at this point they are not on equal footing. these are the individual state laws regarding a person's right to use deadly force, period. if the laws applies to lethal force against a human, you can bet that it applies to a dog, a cow, a bear...

snarky, i took the mutant photos from inside my house. that mutant was on my deck. as far as i know, it is still alive.

yea , i know. i figured it was the same little sweetheart. better luck next time . have a silver bullet ready.

Thanks Snarky, those six pit bulls did ruin my whole day. Usually I can let my fury go three minutes after I've safely ducked one, but six in a single walk was too much.

Thanks Dawn too, that's some reassurance. I came home feeling so full of rage yesterday that I really was kind of stupified.

Hoping for a better day today. What else can you do?

nice ,sunny day for a mutant to slay . (in self-defence)

too bad u didt get to blast that fucker a new asshole right between the eyes. maybe make a favorable impression on your hoods pit-scum.

By shooting those pit bulls, the owner of the sheep probably saved a bunch of other animals (and possibly people) from getting killed.

I'm surprised Andrew didn't pull this one...."my dogs saw a dead animals (sheep) and like many dogs wanting a little free nibble of dead meat and to roll around in the stink". There are all sorts of things you can come up with.