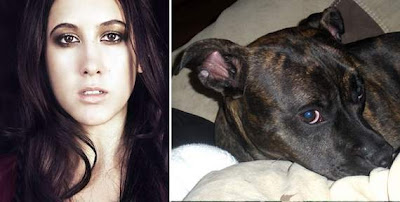 Vanessa Carlton and her frankenmauler BELLA
Vanessa Carlton has been very quiet about the may pit bull attack. she's the only one, probably because she is the only true innocent in this mess.
the pit bull and the no kill communities have once again chosen to rally around the frankenmauler and its owner, portraying dog and owner as the victims and the real victim as the villain. Vanessa Carlton has not only been attacked by a pit bull she was viciously trashed in the online pit bull/no kill rescue communities and the media as well. WHY? Carlton had the audacity to file a complaint against the owner of the 9 month old pit dog who ignored the shock of the electric fence, ran into the street and attacked her. the same electric fence that successfully contained a pomeranian and a jack russell i might add. the owners of the pit bull, BEN and JOANNE TEICHBERG made the decision to give BELLA a dirt nap after the 10 day quarantine rather than comply with the hassle and expense of owning a dog that has been declared dangerous by the court. at some point during the quarantine, BELLA bit a second person, a friend of BEN and JOANNE TEICHBERG'S daughter. BELLA'S handlers tried to keep the second bite a secret and when it was leaked they said that BELLA only scratched the boy during play. we only know of this second bite because the boy sought medical attention from the school nurse the next day and she was obligated to report it.
ENTER THE NO KILL RESCUE ANGELS 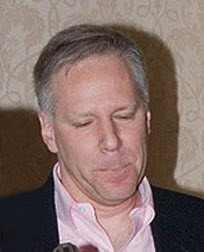 NELSON LAUVER
thanks to the slanted coverage of HOWARD FRANKS, the TEICHBERG'S story spread to a couple of bleeding heart rescue angels who thought the ugly dog was being persecuted by the pop star and offered $500 to have BELLA "looked at by a professional". that couple was motivational speaker NELSON LAUVER and JANE GEORGE. please note that they occupy the number one spot on the list of BELLA'S ANGELS. i hope all of BELLA'S dupes will be happy they opted for first name last initial only. :)
McKENNA TAKES THE BAIT 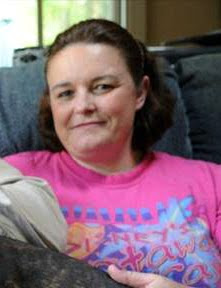 MARIA BROOKS McKENNA
here's where things really get interesting. MARIA BROOKS McKENNA, a landscaper, self proclaimed dog expert (with no training/education) and owner/operator of save the orphaned pets, STOP, sees the $500 carrot and jumps at the opportunity for a few extra bucks and a chance to shamelessly promote her rescue and solicit donations. she agrees to evaluate BELLA. with NO FORMAL TRAINING, McKENNA declares that the ugly dog is NOT dangerous and trumpets BELLA'S cause (and her own). McKENNA personally hand selects a vet to play the part of forensic dental expert while she will play the part of dog behavior expert in BELLA'S court room drama. 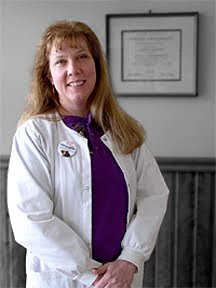 DR. KARIN-SUSAN BREITLAUCH of creature comforts veterinary service in saylorsburg, pa. the forensic dental "expert" with no forensic dental expertise, testified that the punctures on Carlton's leg did not match the bite impression that she took of BELLA. in the end the judge did not believe either of the experts' testimony. he found that the dog did in fact bite Carlton, and the TEICHBERG'S were guilty of breaking the quarantine. while he didn't designate BELLA as dangerous, he gave the TEICHBERG'S 90 days to build a proper fence that must be signed off on by the dog warden and dismissed the dangerous dog charge without prejudice. the judge stated that he was soft hearted and didn't want to give the ugly dog a dirt nap but another violation would be considered a second strike and they would sit in a jail. here's what the judge said about DR KARIN-SUSAN BREITLAUCH'S expert testimony:

after the trial MARIA BROOKS McKENNA made a statement to the pocono record. there was not a kernel of truth in it but HOWARD FRANK ran with it and the rest of the news media happily gobbled it up. frustrated by the brazen lies of con artist MARIA BROOKS McKENNA, the prosecutor showed up in the pocono record comment section to set the record straight but i guess HOWARD FRANK was too busy celebrating with the rest of no kill crazy pit nutters and too drunk on the koolaid to be able to run a retraction.
if you google "vanessa carlton pit bull" you will get 166,000 hits, like this headline, Forensic experts win out in Vanessa Carlton's pit-bull case
the pit nutters at pitbullforum.com had a field day with this story. they devoted two whole pages of peta bashing and speculation on what REALLY happened to Vanessa Carlton. it's funny to see them get caught up in the media frenzy that they so love to criticize. it's an interesting read. even mypitbullpro.com, gopitbull.com, thug-dog.com and pitbull-chat.com who always take the 'kill human aggressive dogs' high road were snookered by MARIA BROOKS McKENNA and HOWARD FRANK and joined in the fun of bullying an innocent VICTIM. 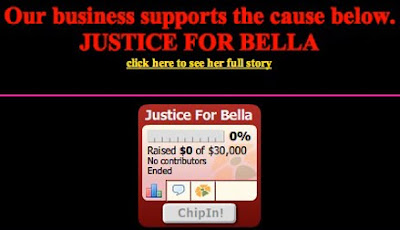 MARIA BROOKS McKENNA had her 15 minutes of fame but she is still trying to cash in on the pop star's misfortune by continuing to shamelessly promote BELLA'S cause. the con artist is attempting raise $30,000 for a 9 month old pit dog who has already bitten TWO people. this little chipin gadget is found on her landscaping business webpage.

i would like to add my very own special thanks to HOWARD FRANK of the pocono record. without his twisted spin on this otherwise unremarkable dog attack, none of this would have been possible. and by THIS, i mean the defamation of an innocent victim and MARIA BROOKS McKENNA's personal get rich scheme. and of course, giving BELLA another chance to perfect her mauling technique. 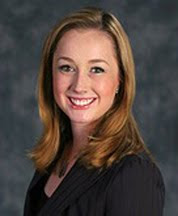 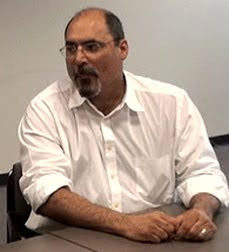 HOWARD FRANK
follow the FRANK/McKENNA conspiracy to mislead the public about the attack, the trial and the verdict:
may 7
may 13
may 14
may 15
may 23
july 7
july 8
dogsbite.org has also covered this travesty of justice.
comments have been closed and hidden. go HERE to find out why.
Posted by scurrilous amateur blogger at 7/28/2010