Liberal Masochism, Denial and the Tyranny of Fairness 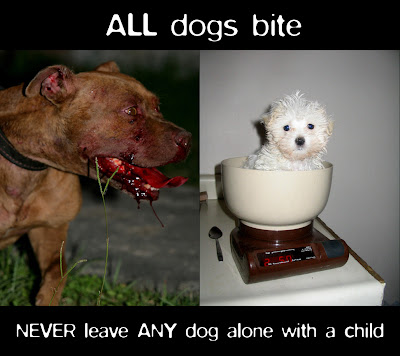 DubV sent me a couple of brilliant articles written by Sam Harris on airport security and the defense of profiling. the parallels between the profiling of gripping dogs and suicide bombers are undeniable. Harris describes a tsunami of criticism in the aftermath of his "sickening" "racist" treatise and provides readers with an equally brilliant follow up.

Profiling is just common sense put into practice. To say otherwise demonstrates nothing more than a deluded view of political correctness. I’m sure your article has not helped with your popularity, but these difficult-to-swallow truths need [to be] advocated by someone. So, thanks.

In Defense of Profiling

On Knowing Your Enemy 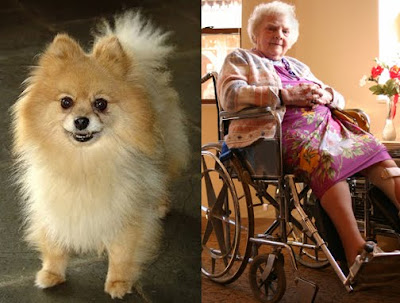 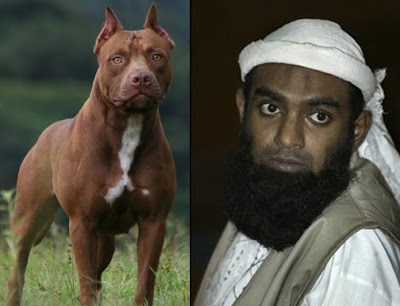 Pit bull owners hate small dogs like the deadly and aggressive Chihuahua! I may never own a small dog but I enjoy playing with other people's small dogs!

This stupid pit nutter statement that, "Chihuahuas are more aggressive than pit bulls"...SO WHAT?!

I always liked Harris--he's got a streak of provocateur in him that I find trying, but he avoids being deliberately inflammatory here.

My current university is PoMo PC ultra-Left central. I am pretty sure Harris was supposed to speak on campus right before I came, and then they cancelled his engagement over something he wrote just like this.

Anyway--yeah, the parallels with profiling and pit bulls are pretty solid.

(I enjoyed hearing about the spider, too, Dawn. I laughed and laughed.)

Thank you for sharing both those articles from Sam Harris.

He is spot on of course.

It is mind blowing to think that we may one day suffer another tragedy with an airplane because of political correctness and people being afraid to offend anyone.

I know a reallly nice couple that would like to rent our guest house on my property. They had been by several times and then I asked about their dogs. They told me what kind of dogs they had including their "boxer mix". I said to them oh do you have pictures- knowing their fourteen year old daughter probably did on her phone. The daughter proudly showed me some photos and I said to them- that is no boxer mix that is a pit bull (american bulldog to be exact).

Yes I admit it, I profiled, and there is no way they will ever be on my property with that dog. I would rather the guest house stay empty.

Sam challenges me to reassess my perceptions, assumptions, and logic....which is perhaps the healthiest exercise for the mind. I ask myself the question everyday "Am I full of shit?"

"The daughter proudly showed me some photos and I said to them- that is no boxer mix that is a pit bull (american bulldog to be exact)."

Your insurance company will supply you with a nice rationale, if these folks or others try to claim discrimination and be litigious.

Someone showed up at my blog and honestly didn't understand why I could stereotype a breed of dog but not groups of people. ???? Do people really not understand the difference between dog behavior and human behavior?


I enjoyed the discussion of harris and his profiling plan on pharyngula. PZ Myers did a very good job of showing the problems involved with trying to profile humans (various security experts weighed in against harris as well, from what I recall).

Profiling can be justified by subtraction, actually.

I'll ask one question: are children under the age of 3 as likely to be involved in a terrorist plot as others?

If you say no, then you believe in profiling but just disagree on the fineness of the categories involved or how to parse them.

Grandparents and Father do the Pit-Perpwalk


*Disclaimer..You Can't Make This Stuff Up!

I know a woman who has a pit bull. Her dog is the most textbook APBT imaginable...he could easily be littermates with the red-and-white ear-cropped pit in this blog post. Yet when someone at the park asked her if her dog was a pit bull, she affected this unsure tone and replied, "Well...I THINK so...." BS. I wanted to say to her, "What else could he be? A Great Dane? A dachshund?" How stupid.

No idea. And she has small children as well with this dog. :(

The lying is often done to make the narcissist look better than others. Or it is used as a sympathy ploy.

Either way, you're going to find yourself doing a lot of discreet fact-checking. As in, was Nancy Narcissist REALLY sick when she said she wasn't able to come to work yesterday? Or is so-and-so really as big of a screw-up at the office as Nancy Narcissist says she is?

Why should you be discreet? Because you don't want to call out the narcissist. That tends to provoke narcissistic rage.

Readers, please note that ALL of the referances and links related to this blog are related to dogsbite.org, and Colleen Lynn.
There are NO unbiased references, clic on the links, and you will find that they link back yo one person.

Yes, we understand that Coleen is so biased. Its not like Pit Bulls are involved in around 60% of DBRFS in the USA every year, or that she was attacked by a "pibble" while out jogging. Nah, she is just a MEANIE!

Here is a good one: Why be opposed to a pit bull ban if there is no such thing as a pit bull? Are you worried they are going to confiscate your unicorns, too?

Hey Crash-hole, how about you pit nuts do something to clean up your own acts before you start criticizing everyone else?

Ummm, CrashedLife, are you a pit nutter? Because if you spend any time on this site, you'll find that it links to a wide variety of sources.

As your ilk is fond of saying, do the research. And that includes carefully studying this site and compiling statistics on where the links go. Think you can do that?

Okay, everyone, fess up: We're ALL Colleen! Yup. Every last one of us "haterz" is actually Colleen. Dang. The jig is up! CrushedLife is on to our evil plan to brainwash the entire world against Pibbley Poo! We're busted! Or should I say, "I'm busted."? Wow. Actually I'm kind of relieved. You just can't imagine the work involved in keeping thousands of on-line profiles going at once. I gets confused! Now I'll have time for that glorious nap I've been coveting. :)

Who cares if Colleen is biased? Anyone that defends pit bulls is biased. Don't be a hypocrite.

The next time there's a court hearing for BSL or for an idiot that's facing charges because his pit bull mauled or killed a child, this article should be displayed prominently somewhere in the courtroom!

You all are fucking assholes. whos are you to say that all pitbulls are bad?! you gall make me so fucking sick, its not the breed, its the owners..i have a pit and hes the sweetest dog ever, i let him play with my child and that dog is by his side and protects the child, he lays with him, ect. so like i said, you all make me sick....pit bulls are amazing dogs, its the owners that have the issues. you are all ignorant.