Flashback: The Murder of Henry Piotrowski 39 yr old KIM DiPRIMA is being held on $100,000 bail, charged with second-degree attempted murder, second- and third-degree criminal possession of a weapon and first-degree reckless endangerment
new york in july 2008, the two pit bulls belonging to this pit nutter and her young convicted rapist boyfriend JAMES McNAIR, got loose (as they often did) and savagely mauled 90 year old Henry in his own back yard. McNAIR is serving 3 yrs in prison while new york school teacher DiPRIMA received 5 years probation. and now one of Henry's killers is in trouble with the law again. DiPRIMA and 37 yr old SHAWN HICKS, (MCNAIR'S replacement ghetto trash) got into a heated argument with another piece of new york ghetto trash, felon JERMAINE GAVINS which ended in gun fire. police recovered a 9mm round in her car. DiPRIMA has been reassigned away from students.
i think KIM has got what it takes to become the east coast villabos madam assuming the teacher's union will kick her skanky ass to the curb. nah, never mind. 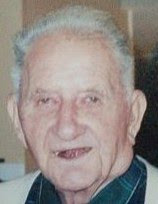 The man survived being a World War II Tankdriver only to be ripped apart in his own yard 60 years later by two foul bred Ghetto Sharks....

I've started a whole new year of victim reports! It's only been 12 days in and already I've accumulated 9 cases. That's almost a case a day!

Here is the link. http://pitvictims.blogspot.com/

Excellent blog "." - I've bookmarked it and will keep checking back. Keep up the good work. I often post such links on my facebook page.

Anon, EXCELLENT blog! Thanks for doing this.

I was browsing youtube and thought this was interesting. http://www.youtube.com/watch?v=wIigC91IU20 Any reports found on the Labrador? I have yet to find this and am curious to the author's credibility to the case.

About http://www.youtube.com/watch?v=wIigC91IU20 Just more bullshit by pit bull apologists, the Joseph Goebbels of the dog world!

A 5 year old girl was killed by a breeding pair of Pits in NC yesterday.

She was the 72nd American child killed by Pit since the CDC recommended against BSL. The nutters are holding Breed celebration events all over the country, but offer zero breed stewardship solutions.

If anyone is interested in tthe tax issues these pit bull rescues and shady rescue dealer groups and people are getting into, here is an interesting news story that covers how they break the law, and what they can get in trouble for.

This is CA, many states are similar, then there are the Feds laid on top of that.

THEY NEED TO GET REPORTED and it can be done anonymously