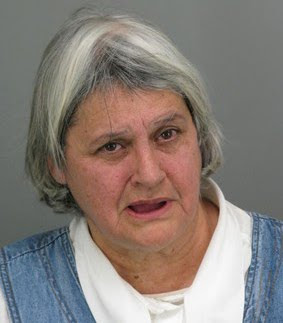 south carolina god told MIRIAM FOWLER SMITH to hang and burn her nephew's pit bull after it chewed up her bible. haldol anyone? 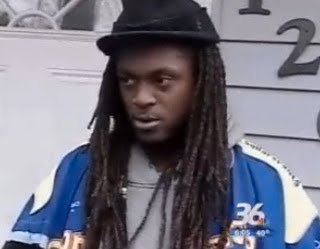 north carolina animal control seized DEMETRED NORMAN'S 13 pit bulls after receiving complaints. the nature of those complaints was not specified but the dogs were described as underweight and suffering from heartworm and other health issues. all 13 were euthanized due to shelter being at capacity with pit bulls and pit rescues being overwhelmed. Melissa Knicely commented that the shelters are overflowing with pits because of their "popularity". if they are so popular, why are they being dumped at shelters and rescues? and of course the pit nutter has a criminal record.
ohio DAVID SANDERS kidnapped a woman for 3 1/2 hours. during that time he ordered his pit bull to attack her, he raped her, beat her with his fists & a pipe, poured scalding water on her face and chest, made her clean up her own blood, robbed her and then let her go. electric chair anyone?
i REALLY want a photo of this guy. 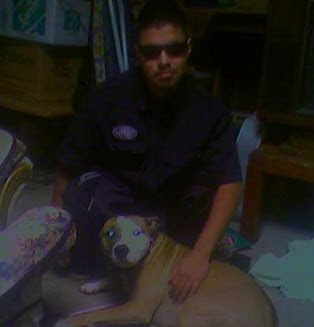 colorado in 2010 animal control officers were called 88 times to 515 West Eighth St in Loveland, CO. the animals were pit bulls and the calls ranged from running loose to aggressive to attacking. the occupants are MARY LOU PROA and her brother AUCENCIO PROA. the judged has banned them from owning dogs for one year. i wasn't able to find MARY LOU or AUCENCIO but i did ANOTHER brother, VICTOR PROA, pictured above and what a surprise. he has a pit bull too. forced sterilization anyone? 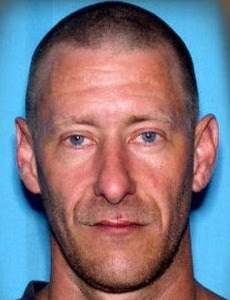 florida JOSEPH BARKER beat his pit bull with a tire iron and stabbed it 26 times for "incessant barking". lobotomy anyone? 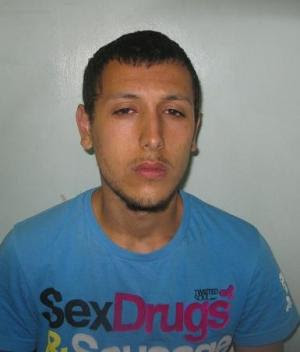 UK JORDAN GHARIB was sentenced to 12 months for siccing his status mutant, BLESS, on another man. his weapon has been twice seized before under the dangerous dog act but this time it will get that dirt nap. always nice to see that losers look the same on both sides of the pond. soap on a rope anyone?
new york 44 year old MAUREEN CONNOLLY-ZASSO was holding a man against his will in her apartment. when local and state law enforcement arrived, they were met with kicking and punching that continued even after she was pepper sprayed. as LE were hauling her ass to jail, her pit broke free and attacked. CONNOLLY-ZASSO has been charged with 3 counts of 2nd degree assault (felonies) and 2nd degree unlawful imprisonment (misdemeanor).
need photo now! 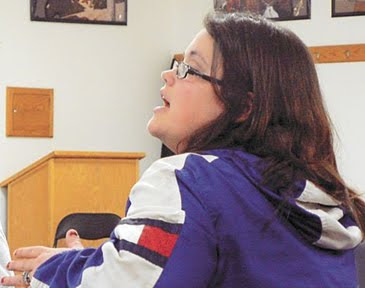 "Lori Amsden is alive and well and doing great."
north dakota last november, Lori Amsden was babysitting JASON and ANNA HEPPLER'S 2 year old daughter when she was attacked by the family pit bull mixes. Amsden was barely conscious when help arrived, she suffered bites to her head, neck, hands, feet and torso. after the attack, ANNA HEPPLER came to the defense of her banned grandfathered-in dogs stating that Amsden ignored her warning to stay out of the 2 yr old's room where the mutants were being kept. WTF?! who hires a babysitter and then instructs them NOT to go in the baby's room?!?!? am i alone in thinking that child protective services needs to investigate JASON and ANNA HEPPLER?
fast forward, two of the three dogs belonging to this looney tune have been euthanized and the third has been ordered destroyed. of course these nutters are just smart enough to try and exploit the federal law protecting the disabled and their service dogs. the HEPPLERS are challenging the dirt nap order and claiming that the dog is a service dog for their 2 year old autistic daughter that has been taught to lay on her legs. and they will sue the city under the american with disabilities act. i think ANNA is the one with the disability. her behavior at the city meeting was described as loud and disruptive. like her ugly dogs, she demonstrated poor impulse control and continually shouted out and interrupted others when they spoke. ritalin anyone?
link #2
Posted by scurrilous amateur blogger at 1/25/2011

I love your drug recommendations for these pit nutters. It is perfect because as everybody knows, most of the pit nutters are druggies and addicts anyway! Ha ha!

but, but how do we know these drugs aren't pit triggers?

The city should consider allowing Anna to keep her service mutant if it can be trained to lay on her big mouth.

Anna Hepler belongs in jail for endangering her child.

Has child services been notified? Why aren't they removing the child from this psychotic person's care?

They can sue all they want to. They will lose, and their lives will be closely examined.

This child needs to be in a foster home ASAP, because this woman will kill her own child and is more interested in protecting a fighting dog.

Were pit bulls being bred at this property? Were welfare benefits being collected? I wonder.

The Heppler story is INSANE
the pit bull ordinance was enacted BECAUSE OF THE HEPPLER'S DOGS!

And Anna Heppler dared say
Anna Heppler told The Minot Daily News, "Nobody ever had a problem, never once. Our dogs were part of the community. After they were done, they laid by (Lori) and comforted her. That's not aggressive."

After they were done shredding a human being they lay near her. Oh, that would have been extremely comforting.

My blood pressure is so high right now...

i agree. the heppler story is insane. i suspect your rage is shared with the des lacs community.

If Pit Jihadist Heppler can't train her dirtnapped Pits not to maul a babysitter, how is she qualified to train a "Service" Pit?

Enraged makes a great point - BSL is enacted because of pit bull attacks. It has nothing to do with the media or pit bulls getting a "bad rap" or people hating pit bulls for no reason. If the attacks were not happening, there would be no BSL. Therefore, if nutters don't want BSL, all they have to do is STOP THE ATTACKS!!. I don't care how they do it, just DO IT already! But when they think popularity equates to mass euthanasia due to shelter overcrowding of one type of dog, there really is not much hope for them to do anything constructive. Its up to us non-owners to pass laws, and that's what we are going to do.

History will show that pit bulls were wiped out due to the actions, or lack thereof, of their owners, breeders, and rescue angels.

I'd like to thank the dog lobby for for preserving convicted felons rights to breed Pit Bulls...

you made my morning :)

Pit nutters whine and moan about how misunderstood and victimized pits are. THEY'RE the ones that victimize them the most! Sick fucks.