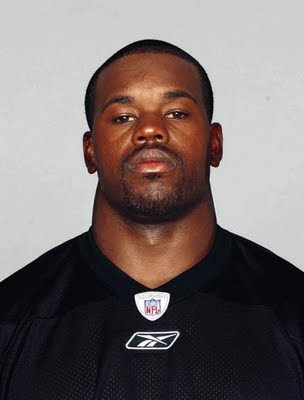 Other interesting facts:
Porter left the Steelers and was replaced by James Harrison, who's pit bull Patron, attacked his son and two women.

In 2008, Porter came to the defense of Michael Vick's character to advocate for his reinstatement to the NFL. In the sportsbybrooks article, Porter is described as a "pit bull expert". He then on goes to explain how he cheats the system:

”That’s the funny thing about it,” Porter said. “If you want to get back on that topic, I’ve got pit bulls and I’ve got to put them under a different breed just to travel. You can’t even fly pit bulls anywhere.”

In March 2010, Porter was also arrested for DWI and assault on a California Highway Patrol officer. 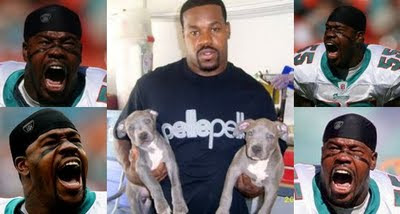 Anyone who's neck is wider than their head should not be allowed any animals or any vehicles - it don't grow like that without steroids.

Not only are NFL players stupid, they fully embrace taking steroids which make you even more emotional, less capable of impulse control and therefore even less intelligent than they were to start with.