congratulations on another year of skillful death evasion

unfortunately the victims of your propaganda have not been so lucky. 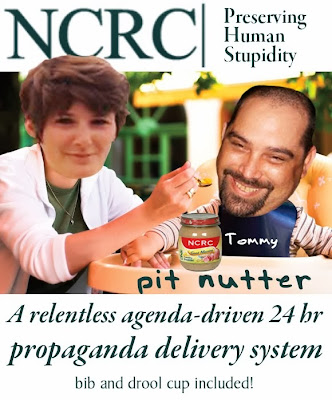 since KAREN DELISE started up her little "research council", 200 people have fatally succumbed to her propaganda. i added up all of the years of their lives, 7311. the total years in animal lives probably exceeds a million.


DELISE is one of my favorite targets. and for good reason.

NCRC: the most trusted name in pit bull propaganda since 2002

look daddy, teacher says every time a pit nutter opens their mouth a rescue angel gets their wings

a glimpse inside the mind of a nutter

DA is not HA is BS

I'm wondering when, or if, another one of these propaganda factories will refute the Nanny Dog lie. It appears that most people haven't picked up on BadRap's backpedal - all 2 sentences of it buried deep within their house of lies.
Nanny dog is alive and well, all cozied up beside ALL DOGS, mean Chihuahuas, the deadly Pomeranian, bad owners, etc...

don't forget the weather and testicles. two of karen's favorites excuses. and that reminds me, i need to add the snow storm to karen's top eleven for a nice comfy dozen.

The anti-bullying movement has placed NO BULLY ZONE signs everywhere from schools to shopping malls. If only we could start seeing them at dog parks, pet stores, and dog events!

I want a NO BULLY ZONE for my dog.

Well Riverside,CA County finally got smart and approved the mandatory spay and neuter of pit bulls.

I hate the NCRC. The entire organization is based on a scam. The name and their purpose are misleading.

I remember reading about the NCRC posing as a US Government organization to another country in defense of pit bulls. There was a trial that trial had to be retried because they found out too late that the NCRC was a scam.

Putmeincharge, as far as the mandatory pit bull spay/neuter. Good luck with that.

I don't know of any pit nutter that will allow his pit dog's nuts to be removed. The process of doing that will make the pit nutter feel emasculated. They will feel like less of a man because, in their tiny brain, the pit dog's nuts also belong to the pit nutter. Maybe a pit nutter will do what Baba Premdas did to himself last month in India. Self castration! In honor of the pit bull fighting dog/penis extension.

I can't wait to read about it!

MatchPuppy.com is a website with which you can schedule playdates for your dog with other dogs.

Take a gander at some of the "Labs" featured on here:

I'd say some of these guys know their way around a breakstick more than a duck pond.

Now you can dress up your little Land Shark to show off exactly what he is!

*Always expect nutters not to know this stuff!

Hearty Pit Congratulations go out to President Obama for his 177th Pit Bull Life Flight of an American Citizen since taking office 4.6 years ago.

Portuguese Water Dogs that he keeps around HIS family: Zero Life Flights

Fight for your rights said...

Good to see you still think of me !
I can see nothing has changed here nothing but cheap insults and witty remarks.
LMAO

But, but the chawawas! They bite and... people get scabs.

The pitties, they bite and... people get lifeflights, body bags or that nasty, nasty reconstructive surgery.

I thought of a way for nutters to keep their man biters and pretend they arent assholes:
Declaw dejaw and castrate every pitbull or in the case of females spay.
No teeth no claws no balls and soon extinct.
Im rambling because its midnight....

Do you suppose a toothless declawed pitbull would have less of a shot at being an asshole?
Uglier than it already is...though.