rip Sahara
11.01.10 phoenix, arizona Just hours before mutilating Leroy, MARIA MAGDALENA LUNA'S two pit bulls savaged Sahara. Sahara was the 13 year old family member of Jeremy Bourret. The stories of Sahara and Leroy are similar. Like Leroy, Sahara was just about to begin her daily LEASHED walk, and like Leroy, she hadn't even made it off of her property when the pit fighters charged in and grabbed hold of her leashed little body. Sahara was rushed to the vet where she died two days later. Sahara's family called 911 and reported the attack and even snapped photos of the roaming dogs. Law enforcement finally picked up the pits but not before they came upon their next victim, Leroy.

MARIA MAGDALENA LUNA was cited and her dogs returned to her.
The pit nutter refused to speak to the news crew when they showed up at her door to ask her how her dogs got out and if she planned to compensate the victims. She drove off in her Hummer. I would like to ask her how a clerical worker can afford to drive a military assault vehicle that gets 13 mpg. 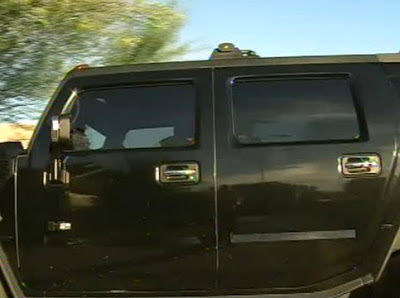 Leroy is home now. His little body resembles a jigsaw puzzle. It is a miracle that he survived.

There is a growing movement in Arizona to bring the state's dog laws into the 21st century. That movement was started by Richard and Sally Andrade after their family member, Fabian was savagely murdered in an attack identical to Sahara and Leroy. Arizona dog owners currently can not be held civilly or criminally liable, no matter how many pets are killed. Please support Fabian's Law. 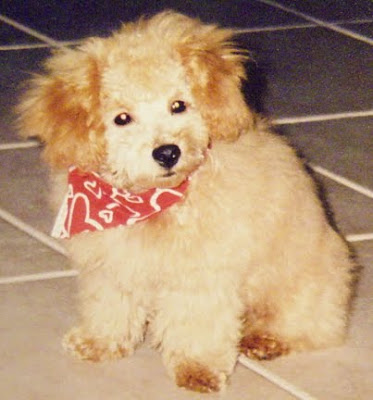 This is horrible! Thank you so much for bringing it to our attention.

It's mad max, I am telling you. Freaking packs of dogs roaming the streets killing.

Pit bull owners appear to have difficulty with the concept of shame. Let me define it, a painful feeling of guilt, incompetence, indecency, dishonor, or disgrace, something unfortunate or outrageous. All apply here.

This is SO disheartening. I hope that the HSUS and ASPCA -- national animal groups with full time lobbyists operating in all 50 states -- will help push Fabian's Law through.

Is there an Arizona blog (outside of the Fabian website) that is devoted to this cause? Or at least devoted to animals and the State of AZ? If not, this NEEDS TO HAPPEN.

After all, she and her family let her savage and deadly aggressive pit bull roam the streets attacking and killing other pets for years.

She's proud of that, and wants pit bulls across America to be killing our pets!

fabian's law is not breed specific but in reality the law makes a tremendous impact on the pit community, they will never support it.

punish the deed, ban stupid owners are just empty slogans that the pit nutters shout to create a distraction from the real issue - their dogs genetically engineered to fight and kill.

Oh good, I'm glad you put that pit bull fanatic's name up on the site so google picks it up.

How utterly ridiculous that the dogs were returned! The owner obviously can't control them, and they are obviously dangerous.

If my dogs did something like that, I'd be crying, begging for forgiveness and insisting on paying all the bills. I'd feel utterly terrible and I'd sell the Hummer to pay bills make amends. Of course, I'm not so stupid and reckless as to own fighting dogs.

Thank you for the Mutant Score Card. The number of dogs is appalling - all the numbers are incredible. We all know that so many more animal attacks go without any media attention. I just wonder how many do.

I am so glad that Leroy is doing better, but I cringe inside knowing that I could not afford the $10,000 bill, and my dogs would have to be put down.

"I would like to ask her how a clerical worker can afford to drive a military assault vehicle that gets 13 mpg.'

For God's sake, someone ask the IRS the same questions. How can she afford all these things on a minimal salary that is maybe barely above minimum wage?

The owner of this injured dog (and of the killed dog) needs to pay a personal visit to the governor and her state representative with pictures and ask how animal control can be protecting fighting dogs and returning dogs that will kill, possibly a child.

And a LAWSUIT is necessary by all victims. That is the only way to force these gamedoggers and pit bull criminals to be responsible and create a paper trail for when their dogs kill.