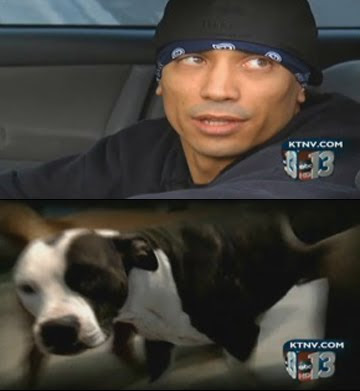 JIM HULBERT and one of his mutants
las vegas, nevada a 67 yr old Vie Lee Walter was out walking her shih-tzu, Harley when HULBERT'S mutant pit bull launched an attack. Walter suffered a heart attack as she tried to save Harley. the vet bill is around $700 and this loser has offered to pay "some" of it.
check list of pit nutter talking points:
not home at the time √
isolated incident √
SOMEHOW got loose √
it was an accident √
not trained to kill √
friendly with kids √
well behaved big babies √
sleeps in my bed at night √
(so much for the chained, neglected, abused, trained to fight excuses) 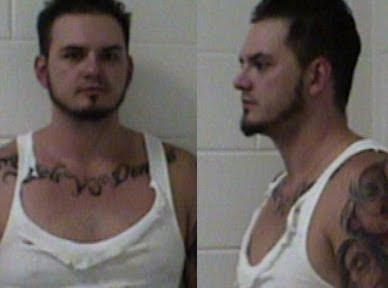 28 yr old JESSE TOMLIN 37 Peddlers Drive
branford, connecticut TOMLIN'S mutant pit dog attacked 3 cops when they tried to arrest him for a hit and run accident. i am at a loss as to why they didn't give his dog a dirt nap. 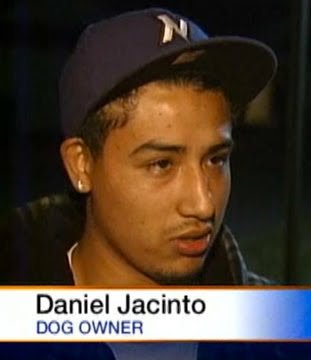 DANIEL JACINTO “You should find it in your heart that would be the last option to kill the animal.” not in my heart. a bullet should be the first and only option for loose pit bulls.
springdale, arkansas JACINTO'S ugly mutant, a 7 month old puppy, was responsible for the bites to a mother and her two children, on their own property. when the police responded, the dog ran towards its dirt nap. JACINTO said that the "energetic", "hyper", "really high-tempered" PUPPY was supposed to be in the backyard but SOMEHOW got out.
Posted by scurrilous amateur blogger at 11/15/2010

Cursed out my first pit nutter today. He had his pit off leash running around the street as I drove by as he laughed and clapped. Given his nutter status, I am afraid of reprisal. I should have quietly drove by and then called animal control. It felt really good to verbally abuse a pit nutter though.