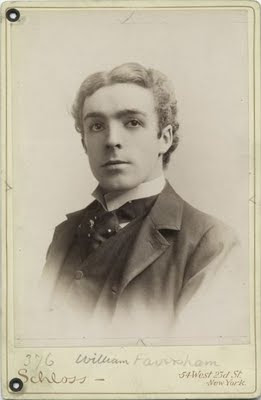 February 12, 1868 - April 7, 1940
Legendary british film and stage actor William Faversham had a passion for fighting dogs and when he came to America, he brought them with him. Faversham was a significant player among bull terrier breeders. He was a breeder and judge of bull terrier show dogs.
During his early years in the America, Faversham was at times homeless and spent his sundays pitting his bull terrier against laborers' dogs in Harlem. Faversham's pit dog was a champion.
On August 3, 1891, two of Faversham's 30+ bull terriers SOMEHOW managed to escape their kennels and go on a mauling spree. The bull terriers attacked 2 women and 3 kids and when William Truss came to their aid, they mauled him. Faversham responded and called the dogs off. Truss' flesh was tore from both arms and the back of his legs.
Mayor Thomas H Leonard ordered the man biters removed from the town within 24 hours, not culled.
In September 1897 when he was starring in a Chicago play, he found being apart from one of his dogs unbearable so he wired his friends in New York and asked them to ship one of his dogs. It died en route and Faversham wept and stated he was heart broken.
Faversham died in poverty at the age of 72 in a New York rooming house. 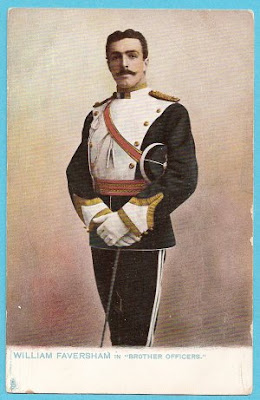 Looks like not much has changed in over a hundred years. "Somehow" was an operative word, and man biters were not culled. They were simply sent on to the next community via the Pit Bull Express.

Nutters have not changed much over the last 100 years or so have they?

This guy went from exiled dog fighter- man-mauler breeder to Westminster Dog show judge...Whenever a kid gets poured into a lifeflight helo it is due to breeders like Faversham and Colby.

Other breed communities do no operate this way!

He trained 30+dogs to fight.

Then we're surprised when they attack upon escaping.

Again, the problem is the way the situation was handled not with specific dog breeds.

You are supposed to be surprised, Sybil, because everyone knows that dogfighters created the most people loving dog in the entire world because all human aggressive pit bulls were culled - except they didn't.

You are supposed to be surprised, Sybil, because dog aggression is not the same as human aggression - except it is.

Need to do one of these for the Great John P. Colby...Peddler of kid killers!