What is the consequence of weak legislators letting themselves be led by the nose by a lobby protecting the dregs of society pit bull owners?


For the second week in a row, someone was able to save their family from a pit bull attack by stabbing the pit bulls to death. This week, hero mom CHANDA DAVIS acted to save first her toddler and then her English bulldog from a pair of pit bulls that invaded first her yard and then her home. 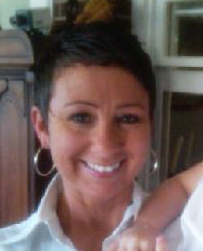 Though her quick actions and courage saved her family, she and her family are left traumatized, with vet bills they can't afford, and the bloody aftermath soaked into their carpet.
Unfortunately, in another story, despite a valiant attempt to save his dog, another man is left traumatized when he accidently shot his own dog while trying to kill the attacking pit bull.
We decided a long time ago to leave the wild west "every man for himself" attitude towards marauding beasts and bullies behind us. But due to legislators' inaction and cowing to interest groups more and more people are arming themselves, being witness to carnage, and having to engage in armed battle in their own homes.
The preceding attacks vividly illustrate why, while arming ourselves with guns and knives is all we can do at the moment, it is a less than satisfactory solution to this continuing threat to our safety.
We are way past hoping that pit bull owners will ever become responsible without regulations coercing them to do so.
This asshole, JOSEPH HONORABLE, whose pit bulls attacked a 66 year old man and broke his arm, still doesn't see his dogs as dangerous because he has taught them to sit, they haven't ever attacked him, and when they broke the man's arm they were probably just playing. And so he wants his dogs back. 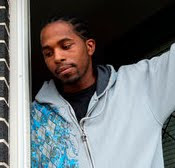 Michigan DOC record: breaking and entering a building with the intent - conspiracy
Then there's the CHEVON FELKER who thinks we have to give the benefit of the doubt to the fighting dog running towards our pets and hope they just want to play and that the game they want to play isn't "Kill The Cur."
We now have a California judge who interpreted law to mean that in the absence of witness testimony to the contrary, we must assume that any dog that kills a person was provoked to do so, and their owner is therefore not liable.
It is time legislators stand up for civilization and civility and relieve people from the trauma of pit bull attacks whether they manage to protect their families or not. We have to value the people who don't love bullying, fighting and killing. And telling us to just stand by, drop the leash, let the pit bull get on with the savagery, and listen to the death scream is not acceptable.
Posted by Small Survivors at 4/06/2011

snack, mind if i add this fucktard's criminal record to your blog post?

absolutely not, I figured you'd be covering him anyway, but putting it on this post only make the point better!

lobbyists are protecting this asshole!

And Chanda Davis is my TOTAL hero!

I have never seen a person less honorable than this fucktard.

It looks like another nutter "Jamie Nelson, director of Spartanburg County Environmental Enforcement" spouting the "pit bulls are no different from any other dog" crap.

Where do they find these idiots and why are they always given a soapbox to spout their idiocy whenever there's a pit bull attack?

Jake, that's the crux of this issue. They're handing out soapboxes fitted with whatever it takes to guarantee loyalty.

I'm trying to imagine how many good decisions Chanda made in the heat of the moment to make everything come out good for her family. She is an amazing woman. A real hero.

Its not right that she has to think about vet bills and replacing her carpet.

NBA problem child Latrell's Sprewell's two "family" Shixt Bulls maul the hell out of his daughter back in October 1994.

SPREWELL'S DAUGHTER INJURED IN ATTACK BY FAMILY PIT BULL
The 4-year-old daughter of Golden State Warriors guard Latrell Sprewell was mauled by a pet dog in the family's backyard, officials said. The girl, Page, was attacked Friday about 7 p.m. by one of the family's two pit bulls, according to police reports. One of her ears was bitten off and she was bitten on her lips, forehead and nose. Page was rescued by her mother, Candace Cabbil, who heard her daughter's screams, police said ...

Anon,
That is not only a great analogy, but there is also a causal relationship as well.

If science class consists of "Some people think the scientific method is science and other people think religious doctrine is science and both are equally valid ideas and you get to choose what feels right to you based on your years of experience of trying not to do homework and what god tells you" then children are going to come out unable to think their way out of a box.

poorly educated is only part of the explanation. i think another explanation is weak minds/fragile egos. look at animal behaviorist patricia mcconell, phd. she also lives on a farm with border collies. she denies the genetic predisposition for aggression in pit bulls. i have read two of her books, it is mind blowing how she fails to make the obvious leap from border collies & herding to pit bulls & dog aggression.

i guess what i was trying to say is even highly educated people can't stand up to bullies. they are afraid of being harassed or called racists.

Oh I agree with that. But, I think the sequence goes something like this 1. have agenda about dogs 2. spew bullshit to poorly educated masses causing the formation of a woo group 3. tell woo group what to think about dogs 4.enlist woo group to "speak up!"which gets them all excited and also displays your power 5. Bully other dog professionals by display of power or invite them to make a much better living by spewing the party line.

I also think that's why a lot more other dog professionals just don't say anything.

With some propaganda i think you can substitute "desperately fearful" for "poorly educated."

Big doggie ups for Miss Georgia! That english bulldog helped to save her owners' lives.

Hmm...interesting to think of pit bullshit as a self-propagating set of memes.

The benefit to the breeders/fighters is obvious. The benefit conferred to the nutter at large..?

Hmm...sense of belonging to something greater than themselves. The allure of "special knowledge". Also, a channel for negative feelings (getting mad at "doggie discriminators"). Anything I've missed?

This really is woo group stuff 101. The average pit nutter is below average in general. Now, they get to have something they are "right" about (that other people don't get they think), and they can go about "educating".

"Hmm...sense of belonging to something greater than themselves. The allure of "special knowledge". Also, a channel for negative feelings (getting mad at "doggie discriminators"). Anything I've missed?"

I think you nailed them

corn on the cob luver said...

im in love and in lust.even if she was as ugly as sin i'd eat her kernals anyway.