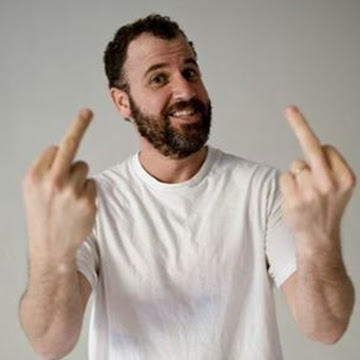 "I am an Alcoholic and I am a drug Addict and I am a Criminal." Frey boasts of his illicit past in his 2005 non-fiction memoir, A Million Little Pieces. There's just one teensy problem, the details of this career criminal are grossly exaggerated and even fabricated.

After Oprah promoted Frey's "memoir" on her show, the details of Frey's fraud were exposed by the muckrakers at The Smoking Gun. Turns out the miscreant had a few minor run ins with the law as a pimple faced teenager.

Police reports, court records, interviews with law enforcement personnel, and other sources have put the lie to many key sections of Frey's book. The 36-year-old author, these documents and interviews show, wholly fabricated or wildly embellished details of his purported criminal career, jail terms, and status as an outlaw "wanted in three states."

Winfrey clearly recognized the book's appeal to her largely female audience. When he's not banging hookers or having a gal snort cocaine off his penis, Frey shows a deep, and often sweet, reverence for the women with whom he is involved. At turns volatile and vulnerable, chivalrous and brutish, Frey is a true reclamation project, complete with puke- and snot-stained clothing. What's a girl not to love?

After Oprah discovered that she had been duped, she gave him a public thrashing and SOMEHOW she was made to feel guilty for it and publicly apologized. Frey must have consulted with Ledy Vankavage about how to turn villainy into victory. 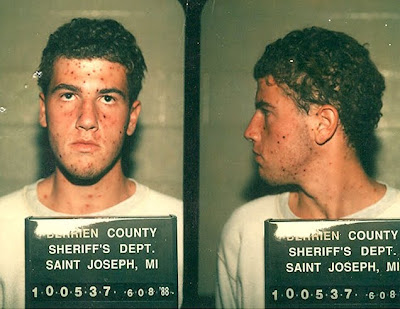 Frey may or may not be a pit bull owner but thanks to the essay Frey contributed to the big picture book titled American PitBull, Frey meets the criteria for inclusion on the list of famous pit nutters.

The Exile: A Million Pieces of Shit

As a literary genre, the addiction-and-recovery memoir consists mostly of lurid trash (there are notable exceptions). Even with the bar set very low, Frey's book was abysmally bad. It was both pretentious and incompetent. And, as an former hard drinker myself, I immediately believed most of his story to be implausible. It was so transparently phony, and very very heavy on the canned corn and machismo (beating up 'fags'? Doomed love with a junkie prostitute with a heart of gold?).

The guy came across as a total douchebag. What boggles my mind is that he lied about his experience to make himself sound like EVEN MORE of a douchebag. Like, he willfully exaggerated his douchebaggery. I don't get it.

Miss Margo, thank you for the link to the review of Frey's book. WHAT A HOOT!!!!!

April, the pleasure is all mine. Just thinking of that review cracks me up. I like to share it with as many people as possible.

MM, That review is fantastic!

It makes sense that he try his hand at pit nuttery to make a buck.

And, I always thought he stole his look from this guy

Miss Margo, I only read the first page so far but man o man what a first page. I added your link. thank you.

A Million Little Pieces is the dregs of a degraded genre, the rehab memoir. Rehab stories provide a way for pampered trust-fund brats like Frey to claim victim status. These swine already have money, security and position and now want to corner the market in suffering and scars, the consolation prizes of the truly lost. It's a fitting literary metonymy for the Bush era: the rich have decided to steal it all, even the tears of the losers.

And so, like a child returning to his nice warm bed, Frey returns to the privileged world which has supported him all through his life. His rehab friends, of course, cannot. After all, they're authentic, and their authenticity means they have to die violent drug-related deaths in order to validate the streety credentials this rich brat has won in the clinic. They must die so he can strut.

oh my, that was freaking awesome. a pulitzer prize Winning book review if there ever was one. thank You miss margo and thank You, john.

The Exile.ru and exiled.ru has brutal, genuinely daring journalism. Sometimes it's offensive (Mark Ames, one of the editors, is, among other things, a galloping sexist). Anyway, I adore John Dolan and have spent many hours reading all his essays. If I could write half as good as he does, I'd be happy.

Anyway, I love....LOVE...his roasting of Frey. I laugh just thinking about it.

Very Very Funny! Thanks for that Miss Margo