The Reincarnation of Marian Keech

"A man with a conviction is a hard man to change. Tell him you disagree and he turns away. Show him facts or figures and he questions your sources. Appeal to logic and he fails to see your point."
Leon Festinger, When Prophecy Fails, 1956


ZUPF'S BACK!! apparently i've been asleep at the switch, he's been back for a few months. zupf re-emerged on the youtube scene with one of my favorite subjects, DARLA NAPORA.

i think about DARLA often. the events after DARLA'S death are truly beyond comprehension. from C MARABITO'S desperate yet ever popular ladder theory to DONNA REYNOLDS' shameful eulogy to GREG NAPORA burying his wife with the cremated remains of her murderer and all with the blessing of her family, the events read like a rod serling meets william s burroughs novel. surreal and mind bending are an understatement. vintage says it best, "you can't make this stuff up!"

the hardest piece of this macabre puzzle to understand are GREG'S actions. i almost never speculate on the details of these attacks but GREG left me with a bitter SCOTT PETERSON like taste in my mouth. (why the nutters went to such lengths to fabricate the ladder theory with this fodder at their fingertips is a mystery in itself) his behavior is so far outside of the norm that i keep circling back to the possibility that he was directly involved – until now. i have been reading a book about disinformation and it has helped shed some light on GREG'S mystifying behavior.

take the case of UFO nutter, Marian Keech. KEECH claimed to receive messages from aliens warning her that the earth would be destroyed by flood. The aliens gave instructions for an evacuation plan for KEECH and her followers at midnight on December 21, 1954. KEECH and her followers (who had quit their jobs, left their spouses and sold their possessions) gathered for their outer space exodus at the preordained time. the space ship never arrived and the end time came and went without incident. at 4:45 am KEECH informed her followers that she received a new message: the aliens have spared the earth.

and now the story of the UFO cult gets interesting.

social psychologist Leon Festinger infiltrated the UFO cult and wrote a book about it. according to Festinger, it is psychologically painful to be confronted with information that contradicts our beliefs. it would have been too embarrassing for KEECH'S followers to admit they were wrong, so they set out to convince others to join their cult. if they succeeded at convincing others, they would not only avoid embarrassment, the conversion of others would constitute more evidence of their nutty UFO beliefs.

the lengths that humans will go to avoid admitting they are wrong are greater than i ever imagined possible. 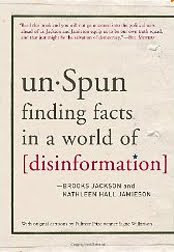 It is not known why they didn't choose the name "Doxies" since they are the world's most aggressive dog breed according to the Pit Breeders union....

@Dawn - thanks for another good book recommendation. I just bought "unspun" and I'll read it when I'm finished with 1Q84

re: Darla Napora
the dog died and the woman died because a breed of dog was created to fight to the bitter end. perhaps, if and only if, you look at it like this it make some sense that they were buried together. otherwise you really have to wonder what kind of twisted, sick thinking was involved .

Perhaps the Napora burial arrangement makes sense in terms of "you made your bed, now you have to lie in it". It is also a space saving strategy.

Since 1999, the dog-bite hospitalization rates have increased nearly 70 percent. Injuries are highest among children ages 1 to 9.

Pits have caused 14 DBRFs in FL since 1999., so using Pit Bullian Logic, it could be argued that Pits actually save the taxpayer money since a funeral is cheaper than years of reconstructive plastic surgery...

*Disclaimer...You can't make this stuff up!

I'm just glad another euthasol laden Pit carcass wasn't thrown into the landfill. Pretty soon the the annual 60 million pounds of poisoned carcasses will start leeching into the groundwater.

Interesting study, after other specified animal, bees/wasps (due to allergy most likely), dog attacks are the 3rd most common way to die via animal in the US. I'm reading the study now to try to discern what the other specified animals are. It seems a hodge podge of bears, sharks, cows, and horses. This is based on CDC data. I could not find any data past 2001 (assuming it doesn't exist then).

Did the CDC not only give up on tracking dog kills by breed but also all animal related fatalities in the same year? To speculate, perhaps they knew that if they needed to abandon their check on dogs then they would need to abandon all animal data collection. Interesting.

I'd like to see the breakdown of other specified animals into type and also situation. Many deaths involving horses and cows are accidental (rider thrown, someone trampled). Further, these animals are recognized as dangerous. In a purposeful attack, it would be interesting to see the number of people killed by pit bull versus these other categories.

I'm only partly through this, but so far it is an "interesting" window into the psychology of a nutter both pre- and post-defeat via pit genetics.

this is a great find Dubv. something tells me though that mindy1114 is STILL a nutter. here she is. that buff colored dog in the foreground is Bliss, the one mutant nancy attacked.

To risk confirmation bias, yeah she looks like a nutter.

DubV quote: "Perhaps the Napora burial arrangement makes sense in terms of "you made your bed, now you have to lie in it". It is also a space saving strategy."


"No Pit Bull Dog should ever be made the companion of a child...Parents should heed this warning"

**Disclaimer..I am not making this up!!

Texas starts off with the first DBRF of 2012 as grandparents Pittie kills 1 year old grandson left in their care.

The characters from ACF and Florizon Sasek lose to the City of Aurora CO in an attempt to overturn the city's Pit bull ban...Judge Daniels slammed their "Jailhouse Lawyering" techniques and ordered them to pay the city's legal costs. Several years earlier the Plaintiff appeared in a local bachlorette feature and allowed the following to be published about her:
http://www.mscd.edu/~themet/TheMetropolitan/archive/03_04/Vol25_issue31/bachelor.html

"She recently brought home a pitbull dog from the pet store and is looking forward to watching her tear apart the neighborhood poodles and beagles. She loves animals and often watches the Discovery channel on the weekends."

I wonder if she is still having trouble finding a man?!?

Mark Machi, 37, vice president of the American Pit Bull Terrier Club
of Pittsburgh, said whenever he is out in public, he carries an axe handle or other large stick in case one of the dogs bites another dog or someone.

**Disclaimer...I am not making this up!