out of the pit and into the street 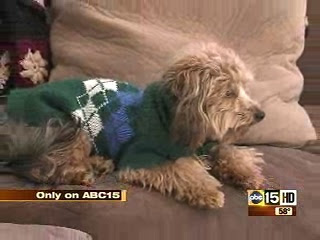 phoenix, arizona crash was the luckiest of these 4. while out for a walk with his owner, a neighbor's pit bull attacked him. a good samaritan happened by and saved the little dog. crash's owner isn't taking any more chances though. crash, the innocent non threatening little dog is the one being punished. he will no longer go for walks and will be confined to the house and back yard.
be sure to click the link and watch the video. a neighbor's security camera caught the attack on tape. 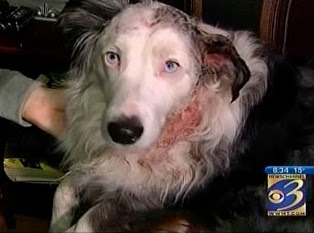 portage, michigan blue, yet another dog being punished because of the sins of the dog fighting psychopaths. blue's normal life is over, he will never go on a walk with his owner again. blue was attacked by KRISTINE AND CHRISTOPHER MARSH LANDIS' 2 pit bulls while out on a walk with his owner, who was also bitten. kristine landis has been charged 2 counts for having animals running at large and 2 counts of a dog biting a person and 2 counts of destruction of property.
chris landis is full of explanations, justifications and excuses: my dog only became aggressive after it was attacked by another dog 6 years ago, only one of my dogs was involved in the attack, i usually keep them indoors, someone must have let my dogs out of the fenced yard, like they must have did 3 weeks ago when i came home and my dogs were not home and i found them wandering in the woods but i think my wife might have the left gate open cuz she was preoccupied with a funeral. pit bulls are very very nurturing animals. nurturing? huh? how the does the concept of NURTURING makes its way into discussion of the savage attack?
me and christopher pit nutter agree on one thing "it is unfortunate that pit bulls have been bred the wrong way".
AGREED! DOGS SHOULD NOT BE BRED TO VIEW THEIR OWN AS PREY!
video 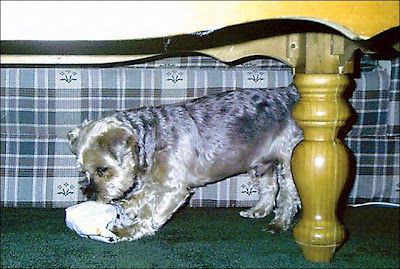 boswell, pennsylvania buster was attacked on his own property, he died later. buster's owner stated “A pit bull came charging up. It just came into our driveway and attacked our dog. Why, I have no idea."
no big secret here, it's a PIT BULL, "THEY HAVE BEEN BRED THE WRONG WAY".
buster's owner report that the attacking pit bull looked like PETEY from the little rascals :)
if you have information about the frankenmauler contact the police 445-4104. 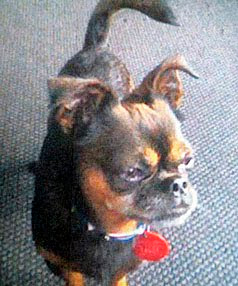 christchurch, new zealand bizza was killed in his own living room by a stray pit bull.
UPDATE: the frankenmauler has been found. now the search for the derelict owner begins.
Posted by scurrilous amateur blogger at 2/03/2010

Chris Landis...let it slip! He knows they were bred the wrong way, yet still went out and bought three of them! Then recklessly tried to contain them with a four ft chainlink fence.

I'm not sure what is worse for the dog. To be savaged and live the rest of you life in fear & caged in the house/yard or to be killed. My dogs love to go for walks. They would be devastated to have that taken from them.

It is a damn shame when decent people have to live in fear and hide in their own homes.

Meanwhile, here is a heartwarming read about the selection methods of those who "preserve" Pit Bull breeding standards

thank you for that link. somehow that bust eluded me last december. especially interesting is the inclusion of roul jaques in that bust. a quick search of the name brings back someone, either him or his father, who is connected with a veterinary hospital in oklahoma city that was involved in a baytril pharmaceutical trial.

Update...Two of Landis' Pit Bulls were supposedly euthanized in exchange for charges being dropped the other day. He is still sticking to his "somebody let them out" story of how they escaped his substandard 4ft chain link fence.