adrian, michigan
another pit bull rescuer is in trouble. in november, two of IAN COE HENSEN'S rescued pit bulls paid a visit to a petting zoo. the frankenmaulers killed an 80 lb goat and attacked a 600 lb llama so severely that the owners asked the deputies to end its suffering. last week, hensen pled guilty to the attacks and agreed to pay restituition. the prosecutor tried to have the remaining 8 pit bulls removed from his care but the judge agreed to let hensen keep them but hensen will be subject to unannounced inspections by the sheriff. the judge says if the dogs leave his property, even if they are playing with other dogs, hensen will go to jail.
hensen claims that the 2 pit bulls that escaped and attacked the petting zoo, were rescued and the remaining dogs are pets that he uses to breed champion quality show dogs. funny, i don't find any record of him winning any titles or his license to breed. at any rate the two "rescues" are dead and life will go on as usual until hensen's sentencing on march 22.
hensen has a history with his dogs roaming. in 2009, he was ticketed twice. in 2007, he was ticketed three times and in 2003, there were two complaints against him. but hensen claims to be a good guy who was just helping these two rescued dogs who were being neglected by their owner. you know those rescued pit are just so much more work than champion show dogs.
let's take a tour of hensen's yard and see how well IAN COE HENSEN cares for his champion show dogs. 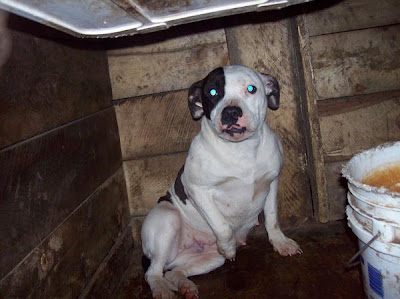 ian, what is this dog being housed in and WHAT is that crud in the bucket? 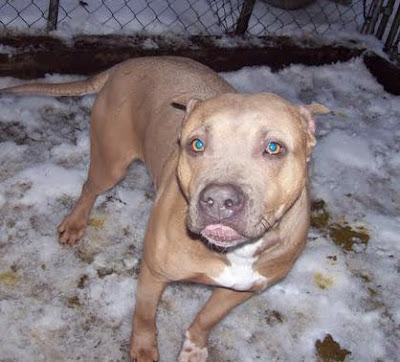 photo caption: "WHERE'S MY SMALL MAMMAL FOR DINNER DAD?"
look at all of that dog poop!
ian, what are you going to do with those kitties?
breeding female MaCoe and more dog poop! 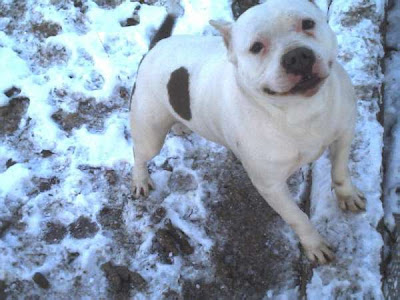 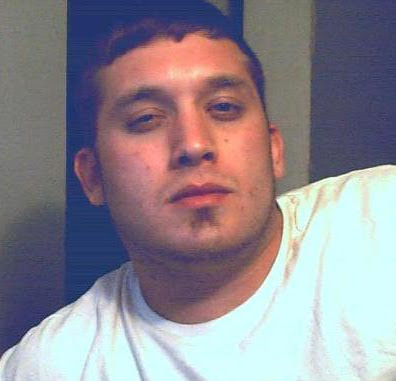 Michael Vick said for years he was a "show dog breeder."

Judges are enabling this, folks. They have to be held accountable.

Plus you think this guy has been reporting his breeding and sales income?

The Law has to be changed that Felons cannot own/breed Pit Bulls.

That female looks like the dog that killed 10 year old Justin Clinton down in Texas....Ugly!

the link works for me.

if this is the extent of his criminal record, it is not all that impressive but he is a felon. i don't think he did time but i do think that he was on probation for 5 yrs.

there could be more crimes, there just not on the internet.

Felonry is rampant in the poodle breeding circles too, it's just that you never hear about in the media.

Thats two Pit rescues with containment breakdowns leading to the shredding livestock in the past couple of months...Linda Blair's outfit being the other.